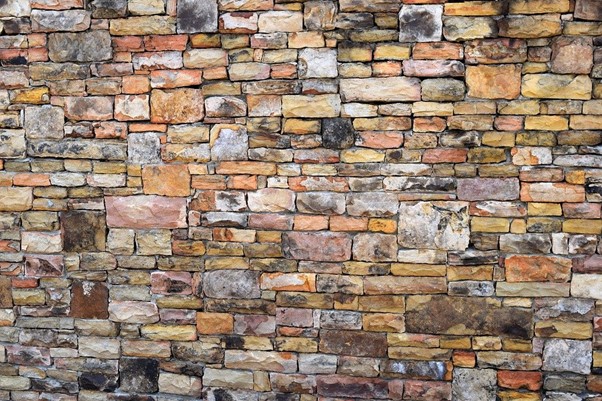 Isolation and contact tracing emerged as the most effective methods of managing the disease. For once, being remote islands at the other end of the world, was an advantage. New Zealand led the way and after a few false starts, Australia followed.

The effectiveness of contact tracing in Australia is a tribute to Australian public health physicians. Once working in the background, their names became familiar on the news, ranging from Australia’s Chief Health Officer, Dr Brendan Murphy, seen standing beside PM Scott Morrison for months (with a cordiality unlike the relationship between Donald Trump and Anthony Fauci!), and more recently, SA’s Chief Public Health Officer, Professor Nicola Spurrier, taking questions about a pizza shop spreader.

Their success depended on traditional “shoe leather” measures rather than high tech approaches and the government’s much spruiked COVID-19 smart phone app seemed to have been of little benefit.

The “check in” apps at venues were a valuable resource for the contact tracers, and are still being used. A year ago, few knew much about QR codes, now they’re part of daily life. If nothing else their use pushed forward the uptake of smartphone technologies amongst the elderly and with the aid of restaurant and hotel staff most people can still get a feed, socialise responsibly and do their bit to help keep people employed.

Similarly, with the help of friends and neighbours many older Australians have mastered the art of Zooming and were able to keep in contact with their children and grandchildren. Zoom drinks and dinner parties may not have been as good as the real thing, but at least there was less mess at the end of the night.

Medical services suffered only minor downturns compared to the hospitality, tourism and the entertainment sectors, while other parts of the economy that focused on home and vehicle maintenance, and improvements, boomed.

Despite the generosity of government expenditure in COVID related medical care, other areas of medicine continued to tighten.

General practitioners and the profession generally are having their autonomy in clinical practice increasingly restricted. What’s in and what’s out is decided on a population basis, with a significant input from the health economists. The views of the profession are neither sought nor considered.

The result is an increasingly common view that Medicare is becoming irrelevant to large parts of one’s clinical practice.

The year started off with a crackdown on “dual billing”, the practice of charging a mental health consultation along with a standard consultation for other physical problems. Dual or multiple clinical problems are common amongst those with mental health issues. Transport problems, particularly in the regions, are also common in this group, making the Department of Health’s suggestion of dealing with separate issues on separate occasions impractical.

The DOH targeted a small number of GPs with a letter counselling them on their “practice styles”. Receiving such letters is never fun and the bitterness one feels often results in a change in practice or even giving up completely, as Nordocs member, Susan Tyler-Freer can attest. Healthcare by algorithm aims to get rid of the deviants.

While the recommendation to use smaller doses for shorter periods of time had been around for a few years there was little change in prescribing until the PBS stepped up. While basing the change on less rigorous scientific principles (observational studies only) is arguable, for the economists the recommended change was a slam dunk.

As with PPIs the regulations over inhaler medication has changed continually over the last few years. Over the counter (OTC) bronchodilators became available under pharmacist review. Combined bronchodilators and steroids inhalers were in, then out and now partially in again. Inhaled steroids for COPD was restricted to severe cases reflecting new information that had become available.

There were sound scientific principles behind most of the decisions but the frequency of the changes made it seem more like the fashion industry was in charge.

Fear of the American opioid epidemic taking hold in Australia prompted limitations in the prescribing of narcotics. OTC narcotics in low dose disappeared first, followed by limitations on the quantities and repeats that could be dispensed. While this was mostly welcomed by GPs our therapeutic armamentarium became very restricted.

An increasingly aging population with shoulder and back pain is frustrated by our recommendations to limit their activities, do more supervised exercise and lose weight. There are no magical cures either from our drugs or from a trip to the pain clinic.

Sleep apnoea testing was next.  Once again age, obesity and alcohol have combined to create an epidemic of obstructive sleep apnoea. Restricting access to those meeting clinical criteria is wise but where clear cut cases do not meet the proscribed threshold the recommendation for sleep physician review is impractical in rural settings, with current waiting lists over six months.

The latest action by the DOH has been a cut to MBS rebates for ECG interpretation by GPs. (Restrictions on cardiologists doing frequent echocardiograms were also applied.) The Department explained this was one of the recommendations from the Robinson review into the MBS schedule, and that both Professor Robinson and Professor Harper, Chair of the Cardiac Services Clinical Committee (CSCC) of the Medicare Benefits Schedule (MBS) Review Taskforce, had signed off on the recommendation.

It sounded like these recommendations had come straight out of Catch 22. You didn’t need to do the interpretation if the ECG was normal but you could not make that decision unless you did the interpretation of the ECG. Listening to the Department explain the rationale for their determination reminds one of a Trumpian Communications Director press conference. Perhaps the profession will come up with “alternative ECGs” just as it did previously with GP steroid joint injections.

The PHNs have evolved over the four years since their inception and we have published one viewpoint of their status.

The focus of PHNs on the social determinants of health correctly centres on issues of poverty, housing, education, crime and institutional racism. It is not greatly concerned with the quality of medicine practised in this area and the decreased emphasis on general practice has come as a surprise and disappointment to many of our GPs.

The closure of the North Coast Primary Health Network’s quarterly magazine, Healthspeak, was seen as removing one of the communication channels from the PHN to local GPs. It was replaced by weekly updates via e-newsletter of the events, courses and programs of the NCPHN and its partners. This is arguably a more cost efficient way to disseminate information in this day and age, and the NCPHN is leading better value communication for others to emulate.

In May the NCPHN decided to run their education program internally and no longer felt there was value in commissioning the task to the external provider, North Coast GP Training. However, most GPs have been disappointed with the first six months of the NCPHN program and many have wondered if the NCPHN’s skills may lie  more in the area of commissioning rather than education provision.

The NCPHN has worked with Sydney based Sax Institute System in elaborating a Dynamic model for Mental Health/AOD on the North Coast. Modelling interventions is a tool to help target funding to those areas and programs that will have the most significant impact.

The Sax model showed a detrimental effect of getting GPs involved in mental health care. If true, this would be an important finding, but it still seems to be far from established. Tweak the model and a completely different set of results and recommendations could result.

Modelling is a fascinating topic but models are more often wrong than right when it comes to predicting human activities. Analysing human economic behaviour is difficult and millions of dollars, many of them wasted, have been spent in predicting where the stock market will go. Getting predictions correct in health interventions is even more problematic. Most concerning is the fact that the model is neither open nor peer reviewed.

Economics is often referred to as the dismal science, amid claims that their models are of limited use. The satirists’ portrayal of the modellers, “You’ve got questions. We have assumptions”, is depressingly accurate.

The Board of the North Coast Primary Health Network sets policy and direction for the organisation. Chairman of the Board, Dr Tim Francis, a GP/anaesthetist from Nambucca is retiring after nine years on the Board. (Appointments are limited to three terms, each of three years). Scott Monaghan from the Bulgarr Ngaru Medical Aboriginal Corporation in Grafton is also leaving, having completed this maximum period of time on the Board.

Also leaving is Naree Hancock. Naree has been a long time administrator in rural health, education and business. Naree has also been on the Board of North Coast GP Training from 2013 to 2019.

Another Board member of both NCGPT and NCPHN, Dr Chris Jambor, had resigned earlier in the year when North Coast GP training was negotiating for the continuation of the education contract.

This leaves up to four positions for Board membership to be filled. Two of these will be decided at the 2020 AGM (on 8 December 2020) and the candidates are of very high quality, with national and international corporate experience in telecommunications, the law, human rights and human relations.

The other two positions can be filled by the Board by appointment. As defined in the PHN’s Constitution, it is essential that the Board’s directors have “appropriate competencies, skills and experience in light of the Skills Matrix (if any), and in particular having expertise in areas including knowledge of health care provision and its relationship to local communities, business management and accounting and legal issues”.

The Nordocs Annual General Meeting is on December 17 at the Goonellabah Medical Centre. Members may participate in person or by Zoom.

I commend Chairman Nathan Kesteven’s report to you and the Nordocs Board welcomes nominees for Board Membership, and input and guidance from members on where our focus should be for the future as we continue to explore our place in these interesting times.