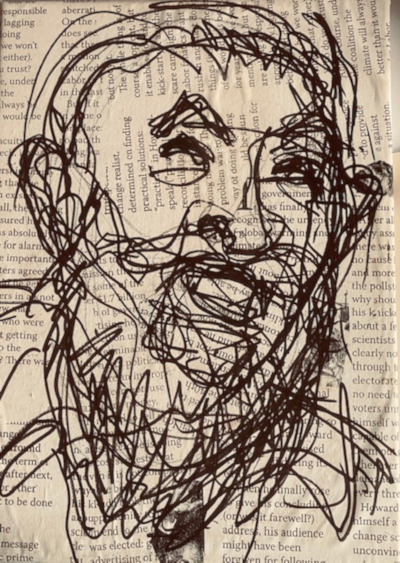 Along with the journalist gene I share Mungo’s Wentworth family background, mentioned in David Lovejoy’s tribute as being “hard to overcome, even when you choose left-wing politics”. My grannie was a Wentworth, every bit as eccentric, and as intelligent, as Mungo, albeit from an earlier era.

For many years a tradition in the Mungo-Jenny Garrett household was a party marking the Feast Day of St Mungo (13 or 14 January, according to the calendar you choose), honouring a sixth century saint celebrated on Glasgow’s coat of arms.

Arriving at one such event I noticed Mungo in his office, clattering away on his manual typewriter, ignoring the mounting revelry upstairs. I asked Jenny what he was writing and learned it was an obituary for a recently deceased, high-profile Labor politician. It was due to be filed that afternoon for the next day’s paper.

Soon Mungo joined the feast honouring his namesake, and partied on.

I read the obit next morning – it was word perfect and insightful, amusing, irreverent… all the qualities that marked his columns and other writings over the years. Moreover, it had been written as a single draft on a typewriter, and faxed to Sydney.

The last time I saw Mungo was on the sad occasion of the funeral of our mutual friend Helen Ester on the Gold Coast in November 2015. Mungo wasn’t up to driving by then, so I gave him a lift up and back, and we conversed as much as we could, given his dependence on a ‘speech box’ due to his laryngectomy.

We didn’t stay for drinks and the drive south was a largely silent and sombre one.

A few days later Mungo’s obituary for Helen appeared in The Sydney Morning Herald. As might be expected it was again word perfect: “In matters of belief and conviction she was unswerving to the end,” he wrote.

Words that apply equally to Mungo himself.

Legend has it that St Mungo performed four miracles in Glasgow, which are also depicted on the city’s coat of arms. One of them, I’m pleased to note, is that he restored life to a robin that had been killed by some of his classmates. This is some relief, although next time the bell tolls it may well be for me.