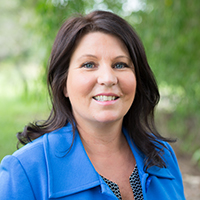 Australian gamblers lost $24 billion in 2017/18 – not spent, lost – with around $4 billion of that lost on greyhound racing. Often this is money they and their families can ill afford, and more than six percent of the nation’s gamblers report at least one form of psychological harm caused by their gambling, including depression, loss of sleep, guilt and distress.

For every person directly experiencing gambling harm it is estimated at least six more people connected to them suffer some impact. This collateral damage encompasses the loss of homes and relationships and the loss of lives through deaths by suicide. There are direct connections in some instances between gambling harm and family violence, substance abuse and crime.

Clearly, greyhound racing is an outdated and barbaric activity, and one that is out of favour with the majority of Australians, as shown by a myriad of surveys of the general population.

The revulsion felt by a great swathe of the public following the ABC’s Four Corners program, ‘Making a Killing’ in early 2015 has been reflected in many polls since, including one in which 82% of respondents supported an Australia-wide greyhound racing ban.

Independent research commissioned by the RSPCA found that two out of three people in NSW and the ACT supported a ban.   Just before the 2021 WA election, more than seven in every 10 Western Australians said animal welfare was important or extremely important to them.

Following the Four Corners exposure and a report from a Special Commission of Inquiry revealing the practice of live-baiting, mass killings of greyhounds and routine cruelty, then-NSW Premier Mike Baird moved to ban greyhound racing altogether. Just three months later he binned any plans for a ban after a backlash from the NSW Nationals and pressure from talkback radio and conservative press.by Tamara Smith, State MP for Ballina

Since then, the NSW government has been keen to win over support from the industry, eager to maintain the flow of $90 million a year into its coffers in tax revenue.

Despite allegations of wrongdoing above and beyond the mistreatment of dogs, from inappropriate distribution of TAB funds, race-fixing, drug use, money laundering and other criminal activity, the industry has been encouraged and even financially supported by the Coalition government.

In 2017 it committed $30 million to the industry to support improved track safety and last year Greyhound Racing NSW chief executive Tony Mestrov announced the organisation had secured $23 million in funding for track infrastructure.

For all the talk of improved track safety and the millions of taxpayer dollars poured into upgrade work, recommendations from a University of Technology, Sydney study have been ignored.

In both 2018 and 2019, the NSW government artificially inflated the prize money for what was spruiked as “the richest greyhound race in the world”, the Million Dollar Chase, with $500,000 of taxpayers’ money.

In August 2018, the government handed over $700,000 in taxpayers’ money to help ACT greyhound trainers continue the practice across the border after the Territory made the activity illegal over concerns for animal welfare.

The NSW deputy premier, John Barilaro, said the money would go towards safety improvements at the Goulburn Greyhound Racing Club to allow for night racing meets, and to provide a temporary home for the Canberra club. Greyhound racing “is a favoured pastime for many'', he said.  He is also preparing a business case to build a new track in Queanbeyan – just 10 km from Canberra but inside NSW.

In March the Tweed Heads Coursing Club purchased a 32-hectare site at Chinderah to establish a new racetrack, which is being touted as a greyhound “centre of excellence”. The rhetoric flies in the face of public opinion. The vast majority of Australians are disgusted by the cruelty towards and destruction of healthy dogs, and horrified at the mounting toll that gambling is inflicting on society.

Industry protestations in support of “responsible gambling” ring hollow: that would not be profitable enough.  Gambling needs to be viewed in the same way tobacco is viewed, with a concerted public health approach to what is an addictive and dangerous product, and with governments willing to bite the bullet and impose reform.

NSW could take a principled position with the Tweed proposal by acknowledging that the greyhound industry cannot be reformed. It will never recover from the public exposures that demonstrated clearly the systemic and inherent cruelty entrenched in the industry.

Greyhound racing no longer has a social licence and should not exist in the 21st century.

I have launched a petition in Parliament calling for an assurance that no public money is contributed towards the Tweed track development or prize money for Tweed greyhound races.