“Timor is part of our family story now” 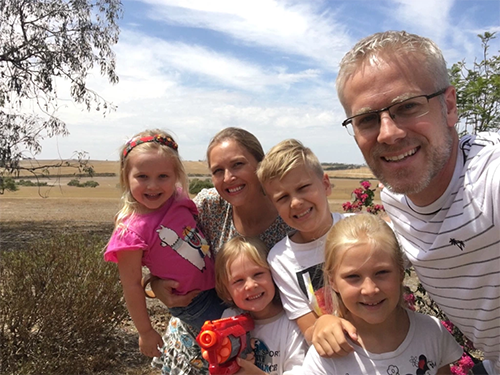 Australian GP couple reflects on their family’s ‘tour of duty’ in Timor-Leste.

At various times many GPs have no doubt questioned the workaday side of practising… the stream of patients requiring scripts for statins or blood pressure meds, the need for referrals to diagnostics or specialists, the lifestyle advice that we all know but find hard to follow.

However, few practitioners decide that a better way to use their skills might be to pack up their large family and move to a country where patients are generally poor, often traumatised by violent events in the recent past, and where an underfunded healthcare system struggles to keep up with demand.

Jeremy Beckett was a GP (anaesthetics trained) in Western Australia. He had visited Timor-Leste (East Timor) twice, liked the place and its people, and felt he could be of some help, a view reinforced by his Christian faith, although unlike most Timorese he is not Catholic. His wife Bethany (Nelson), also a GP (obstetrics), came to agree but not before they had done their due diligence.

“Although we’d travelled before we hadn’t done any lengthy stints abroad, and we knew that to have any real impact in a traditional society takes some time,” Dr Bethany told NorDocs. “So we felt we’d need to be away some time. We spoke with doctors who’d served abroad and were told there are three main things that might bring you back, if need be in a hurry.

“These factors are having parents back home, or grandparents, and the need for children to start high school. Basically, this means not being too far away. So East Timor ticked that box, although the kids were well short of high school. Moreover, we knew it was a country in need.”

In 2017 the Becketts bundled up their four young children and made the move of a lifetime to a country where “Community health care centres and rural health posts experience regular interruptions to electricity and water supplies, and rural patients sometimes must walk an hour or more to access a clinic.”

Now they’re back in WA with a raft of experiences, medical and cultural, under their belt. They have generously shared these on the open blog they have posted online

In Dili, a capital more in name than in practice, they began work in a 55-bed general hospital that provided conventional acute care as well as dedicated wards for tuberculosis and malnutrition. Dr Jeremy’s role was clinical oversight of the hospital’s staff, while Dr Bethany, badged as the Director of Medical Training, employed her O & G experience in a largely consulting role and in upskilling local midwives. 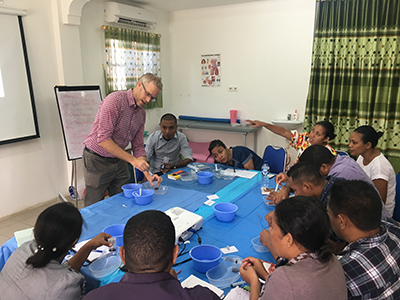 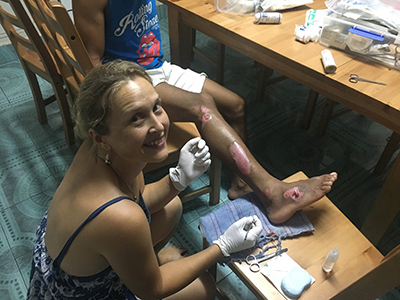 Although Timor-Leste’s birth rate is falling, it remains high, at up to four births per woman, almost twice that of neighbouring Indonesia’s and three times PNG’s. Concerningly, nutrition levels tend to be low, with protein deficiency all too common.

“You see lots of animals wandering around the place, but animal husbandry is not well established,” remarks Dr Bethany who comes from a WA farming family.

We both note how small-framed are the majority of East Timorese, even compared with, say, people on the eastern Indonesian islands.

While carrying some benefits, not least the generous funding component, a major challenge for Timor-Leste’s health system is the significant role played by doctors from the Cuban Medical Brigade, part of a long-time aid program funded by the Caribbean country. A key aspect of the Cubans’ work is running Timor-Leste’s medical school. They do a great job, Dr Jeremy says, but their first language is Spanish while the country’s official languages are Portuguese and the local Tetun, with Indonesian still widely understood, and English creeping in.

“So aspiring doctors must first learn Spanish before taking up medicine. This is obviously quite a challenge for them. It can also create translation issues in clinical settings.”

The situation is ironic, as one of Indonesia’s justifications for its 1975 invasion of East Timor was to prevent the supposedly leftist independence leaders creating a ‘Cuba on our doorstep’. Australia went along with this rhetoric.

Another challenge is the limited opportunity for post-graduation study by doctors or nurses/midwives, Dr Bethany explains, “so there’s limited ongoing medical education. This is something we became focused on after we left hospital work and helped set up the Maluk Timor organisation.”

One collaborator in the training is the Royal Australasian College of Surgeons.

In local language Maluk means ‘your people, kinsfolk, family, closest friends’, an apt description for the not-for-profit supported by a range of mostly-Australian benefactors, including NGOs, that has a well-focused board of governance and a team of 95 staff, engaged both locally and internationally. The foundation has a budget of $A2.5M and implements grants from the Australian government as well as donated funds.

“We’re less reliant on international clinicians than ever we were,” Dr Jeremy says proudly.

Importantly, Maluk Timor works within the Ministry of Health’s clinics across the country, where services are free - 90 per cent of Timor-Leste’s heath care is delivered by the public system.

A major initiative of Maluk Timor was launching a training app as part of a three-year infectious diseases project funded by the Australian Government. Renamed after ‘ASTEROID’ failed to fly with Timorese, the Haroman (‘to bring light’) project is delivering core training to all the country’s 13 municipalities, helping to identify and resist infectious threats.

Jeremy Beckett is no stranger to working abroad, including Bali, Zimbabwe and, of all places, Siberia, where in the same year (1999) East Timor was voting to be free of the Indonesians he put in six months as part of the Christian-based Operation Mobilisation. The family’s faith was a key reason for undertaking service abroad. Another was the feeling that this would be a formative time for their children to travel overseas.

Bethany Beckett feels the posting has been ‘mission accomplished’.

“It really highlighted the ‘indulgences of the West and showed the kids the meaning of being grateful, of learning to be selfless, that having a whole lot of ‘stuff’ really doesn’t count for much. It’s helped teach them to be more tolerant, to think in a more global way… I might add that those are lessons we learned too.”

Jeremy and Bethany Beckett were working in regional WA, centred on Geraldton, when they decided to take the plunge, travelling north and settling in Dili, a city left in penury by centuries of colonial Portuguese neglect and the vengeful destruction of the departing Indonesian militias. The whole country is desperately poor – 147th out of the 187 countries on the UN’s human development index - institutionally corrupt and, as April’s flooding showed, highly vulnerable to nature’s wrath.

They loved it from the start, although there were some rapid learnings, including, as Dr Jeremy puts it, that, “This was not one of those international outreaches where you head off to a country and begin delivering primary health care to grateful people in need. In fact, exercising such care was the least valuable aspect. What was more important was enhancing the clinical skills that already existed in-country, helping the Timorese clinicians at bedside, not doing the treatments myself.”

With the occasional setback, such as having to rush their youngest daughter down to Darwin after a household mishap, and the whole family contracting dengue fever, things went well, but in time the Becketts moved from hospital duties to helping establish Maluk Timor, the Timorese-Australian NGO focused on advancing primary health care in ‘a sense of kinship and solidarity with the Timorese people.’

“The international situation on COVID-19 only underscores the importance of this work,” Dr Jeremy adds.

“The challenge,” he believes, “is not the health system’s spread of coverage throughout the country, which is good, despite the difficult terrain, but improving the quality of the primary health care services… and it’s a big one.”

Succession planning is always another challenge and, in this regard, the Becketts were well served, with a medical couple from Singapore arriving to step into their role. This is an encouraging sign of the affection that Timor-Leste still generates in the country whose leaders turned their backs during the Indonesian occupation, despite the vital assistance the Timorese gave Australian forces during the Japanese occupation of WW2.

Timor-Leste deserves people like the Becketts, and in turn it does everything to make them welcome, despite a long and adverse experience with foreigners. Australia’s bugging of the Timor-Leste cabinet room is a harsh reminder that is still in the news.

Now their tour of duty is over, one wonders if the family will be returning to Timor-Leste, and if so when?

“Definitely,” they agree, “but of course it will have to wait until the travel restrictions are eased. We hope to go back there twice a year. East Timor is absolutely part of our family story now.”