‘No rear vision mirror’ for retired Board chair 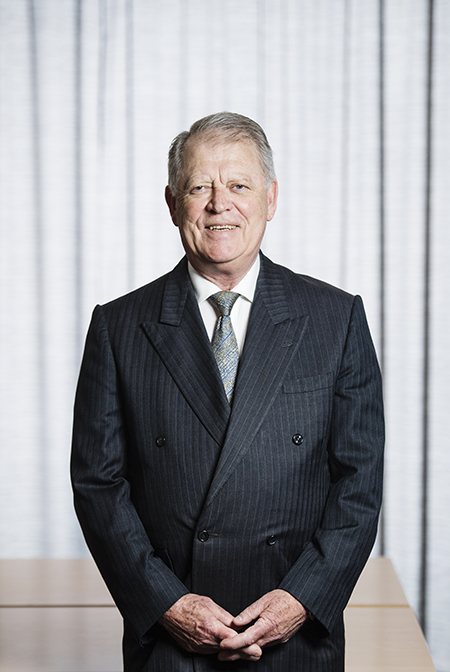 A meeting with Brian Pezzutti is like running a marathon race and a sprint all at once. I ask him how he has managed to keep up his intensity for so long? He turns to his wife Christine, a general practitioner until recently, and tells me she is the answer to that question. Christine had provided support in so many ways; his best friend and confidante, reliable money source when he was an MLC and now a guiding hand in retirement. Not that he is fully retired, he reminds me, with his anaesthetics still an interest. (He is excited about being able to work locally again now he is no longer Chairman of Northern NSW Local Health District board).

The three strings to Brian’s bow are intertwined. His stellar career as Board chair for the last eight years could be seen as part of his political career or part of his love of medicine. Equally, his medical love of anaesthetics (and intensive care in particular) drove his strategic mind into the political sphere. Very disciplined in public life, his army affiliation provided yet another outlet for his medical skills. It is fair to say he reached the zenith in each of them, Brigadier General, Chairman of the LHD Board and Liberal MLC for 15 years, and in fact it probably does no good to try and tease them apart for each gave purpose to the others.

How does a boy born and bred in Casino (coming from an excellent Italian pedigree) manage to climb these dizzy heights to achieve so much in so many areas? Guts, intelligence and determination would be the pithy answer, and for me these qualities are reflected in the man sitting opposite me.

Liberal MLC from 1988 to 2003, he gained a close knowledge of both the political and bureaucratic frameworks that would help Lismore grow. On either side of this service he was Director of Anaesthetics for fourteen years.. In the mid to late 80s he created, with his friend and anaesthetist David Ullyat, a top-class Intensive Care Unit at Lismore Base Hospital.  On the back of that achievement has come an abundance of medical specialists to Lismore, bringing with them a skill set that leaves local patients with a quality and quantity of service second to no other regional centre.

Recognition of his strategic mind led to numerous appointments on State Government Advisory Committees, often as Chair, and elevation to Assistant Surgeon General. Brian particularly enjoyed chairing the Mental Health Task Force in 2003, which bore fruit in many areas across the State, and especially in Lismore.

He was seen as an honest broker in the Parliamentary world, though it was  not always plain sailing, and as the LHD  chair he sometimes had to stand up to the Minister to ensure we received our fair share of money. He remembers this nearly caused him to be sacked on one occasion, but with some persistence he held his ground and made a case that has seen further growth of budget become the norm.

Indeed, when I asked him what he would like to be remembered for, he quickly shot back “I have saved Bonalbo Hospital twice” and this is clearly something that has meant a lot to him. He sees the growth of anaesthetics in Lismore as another major legacy, with the pain service and regional anaesthesia advancements as major achievements over time.

Brian’s character is a swirling mix of fierce loyalty, ambition and drive, persistence to the task and an understanding of the overlying critical strategies that need to be employed to achieve a goal.

We have been lucky to have such an amalgam amongst our colleagues, for this has paved the way to create the undeniable success that is Lismore health.

They do breed them tough in Casino and Brian is no exception. With a firm and disciplined “crash or crash through” determination, which has meant obstacles do eventually tumble, he has shown how a boy born in the bush can become a man who can influence the city. Brian describes himself as having “no rear vision mirror” and has no regrets about the way he has spent his time on the planet.  Many would agree with him.