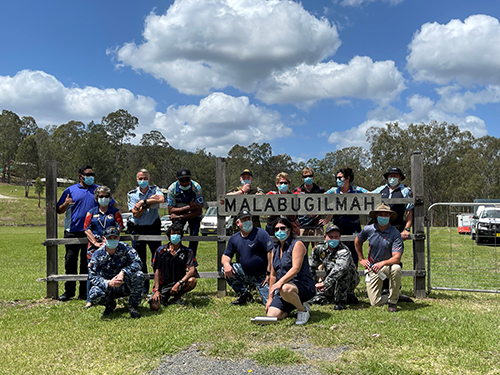 As Australia moves towards a high percentage of adults being fully vaccinated for COVID-19 the vaccination rates for Aboriginal and Torres Strait Islander people, the most vulnerable population, still has some ground to cover.

The disappointingly low COVID-19 vaccination rates cannot be attributed to one single cause. Undoubtedly, the roll out of, and access to, the preferred vaccine, this being Pfizer, is one factor. Vaccination hesitancy, fuelled by widespread misinformation and hearsay, is another. Additionally, some communities of faith have perceived contradictions between their beliefs and the health advice.

In Northern NSW, Bulgarr Ngaru Medical Aboriginal Corporation (BNMAC), estimates the total eligible Aboriginal population for COVID-19 vaccination to number 4,500 adults but by mid-August 2021 only nine per cent of this population had received the first vaccination dose and seven per cent were double vaccinated.

However, a vaccination drive and the increased availability of the Pfizer vaccine nearly doubled this figure within the next fortnight, resulting in some 16 per cent receiving a first dose and 15 per cent being fully vaccinated.

This surge in vaccination uptake coincided with the spread of the Coronavirus in the Aboriginal populations of Wilcannia and Walgett  – living proof of the devastation that the virus could cause. The first, unfortunate Aboriginal death in Dubbo, of an individual who was not vaccinated, was a wakeup call for many.

Importantly, Wilcannia provided an instructive lesson for service providers. We saw how once this coronavirus found its way into a small, isolated township with a high Aboriginal population it could spread quickly and viciously, placing both elders and children at risk. It became apparent that similar outbreaks could also occur in the small townships in Northern NSW.

We also noted that while there was vaccine hesitancy in the Aboriginal communities of this region the hesitancy was not uniform. For example, the hesitancy rates in the Richmond Valley were generally higher than the Clarence Valley. 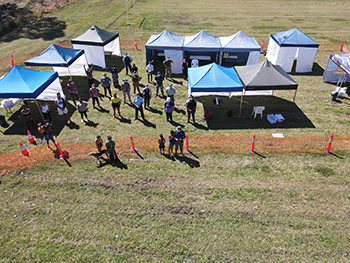 In early September 2021 many local Aboriginal people were receptive to receiving the Pfizer vaccine but were hesitant to accept AstraZeneca because of widespread misinformation, including a fear of side-effects. At the time, AMS clinics were receiving only a small fortnightly supply of Pfizer vaccines and it was estimated that it could take nine months to vaccinate a sufficient proportion of the Aboriginal Community.

In Northern NSW we have learnt over many years that we overcome adversity by working together, speaking with one voice and collaborating. We cause more confusion and hesitancy when we cast blame and point fingers. This made us think more deeply about how we could work together to drive the vaccination rates up to protect our Aboriginal community.

In response, BNMAC, Northern NSW Local Health District, Richmond Command (NSW Police Force), the Australian Defence Force, Rekindling the Spirit, General Practitioners and Bullina Aboriginal Medical Service consulted about this challenge.  As the major obstacle was the availability of the Pfizer vaccine in sufficient quantity, BNMAC devised a plan and a submission was made to the Commonwealth Government, supported by partner agencies, seeking enough Pfizer vaccines as a matter of urgency.

At the time we felt that, given the challenges in Sydney and Victoria, the likelihood of urgently receiving 2000+ Pfizer vaccines was slim. Yet, just over a week later, 2,070 Pfizer vaccines were received from the Commonwealth.

So we got to work with an ambitious timetable of delivering the vaccines to the community in six weeks, focusing on 15 vulnerable communities, including Baryulgil, Malabugilmah, Tabulum, Jubullum, Muli Muli, Box Ridge, and Cabbage Tree Island. The LHD provided staff to assist the Aboriginal Medical Services for an intensive roll-out program. The ADF and NSW Police provided logistical support and the AMSs – BNMC, Jullums, Rekindling the Spirit and Bullina – coordinated the delivery of the vaccines.

It was a truly collaborative effort. 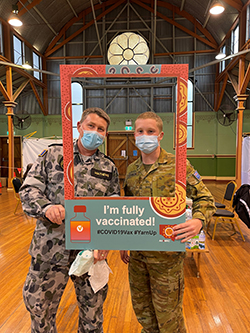 Six weeks later we had achieved our objectives, doubling the Aboriginal community’s vaccination rate in Northern NSW - 544 more Aboriginal adults were fully vaccinated, and many more have received their first dose.

Additionally, thousands of adults have been educated about the importance of COVID-19 vaccination. While we prioritised Aboriginal populations we found that many non-Aboriginal people also turned and we vaccinated around 1,300 residents.

In total, 1,845 individuals were fully vaccinated in many small far-flung townships. Rather than requiring community members from small townships to attend regional centres  – where they felt they might risk exposing themselves to the virus  – we took the vaccines to each community. GPs from the AMSes travelled to these communities on vaccination days to facilitate the roll out. This approach also overcame the limited transport options available to vulnerable populations in the outlying areas.

We have also learnt about the important use of ‘community champions’, with Elders providing us with inspiring examples of how influential they can be.

For example, in Walgett community, Kamilaroi elder Kim Sullivan has been active in dispelling vaccination myths, dropping off masks and bottles of sanitiser to families, and working closely with Aboriginal organisations. In Casino a local Elder played a significant role in dispelling misinformation, encouraging vaccination in promotional videos, and was on-site every day to provide encouragement and reassuring words to overcome vaccine hesitancy.

Adversity brings opportunities for collaboration. In challenging times, long standing partnerships provide a sound scaffolding for working together. Our vaccination drive was an example of this collaboration in Northern NSW. This is what makes this region unique and makes many things possible. Credit is also due to the Commonwealth Government for recognising the opportunity and responding quickly by providing the vaccination needed.

Scott Monaghan is the Chief Executive of Bulgarr Ngaru Medical Aboriginal Corporation (BNMAC), established in 1991 to provide health services to the Aboriginal communities of the NSW Clarence Valley. It now operates a regional network of comprehensive primary health care services covering the traditional clans of the Yaegl and Gumbaynggirr Nations and a large proportion of the Bundjalung footprint. BNMAC provides services to communities spanning from Tweed Heads to Grafton.