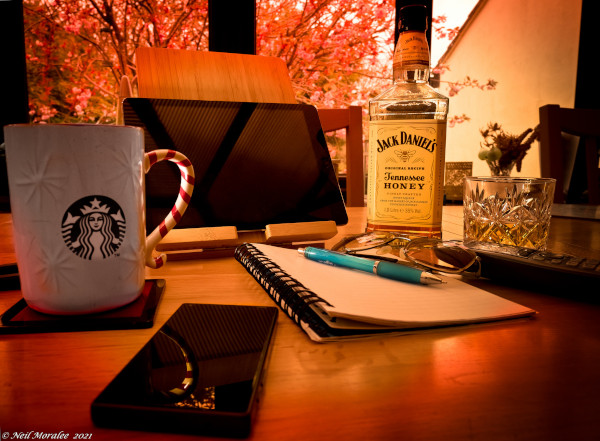 The NSW Government is establishing something of a reputation for ‘backflipping’ on measures to combat the spread of COVID-19, most recently the omicron variant, which has rocketed ahead in the state.

Two days before Christmas, with testing queues longer than those at the Sydney seafood market – or along the fish-shop road into Ballina – Premier Dominic Perrottet decreed the introduction of mandatory indoor mask wearing, QR code check-in and social distancing from midnight at the start of Christmas Eve.

The mandate applies to all retail and entertainment / dining premises, except when seated patrons are actually eating or drinking – a great deal of which will presumably be undertaken over the coming days. On the upside, masks will not need to be worn when socialising in private premises, although various medical experts suggest this would be advisable as well.

It remains to be seen if the Perrottet team will backflip further by shelving its proposal to make unvaccinated COVID-19 patients pay for their medical costs, especially if they require expensive hospitalisation.

As NSW cases exceeded the 5000-mark, NSW’s hard working Health Minister Brad Hazzard, reappointed to the position in a Cabinet reshuffle of a few days earlier, was advocating this course of action, presumably as part of the ‘stick’ approach to boosting vaccination uptake. The ‘carrot’ aspect has enjoyed limited success: NSW has declined to mandate proof of vaccination (easily linked online to a government’s COVID safe phone app) as a precursor of entry to commercial premises.

The pay-if-you-catch-it proposal has met with resistance in various quarters, including the Royal Australian College of General Practitioners whose President Dr Karen Price says it would be 'unethical' and should not be implemented, ‘given many unvaccinated people have low health literacy’.

In an interview with ABC RN Breakfast she made comparisons with smokers, heavy drinkers and dangerous drivers, noting that while she is not a lawyer, she wondered if they too should be denied access to Medicare in the event of requiring health care.

Similar views were expressed by the AMA’s NSW president Dr Danielle McMullen. Writing in The Sydney Morning Herald (24 Dec 2021) she said ‘everyone deserves compassion when sick, regardless of the life choices that may have contributed’. She pleaded for us not to let COVID-19 ‘ruin our humanity, respect for others and the core principles of our healthcare system’.

On the topical subject of drinking, and no doubt road tolls, the Australian Health Policy Collaboration, involving sixty of Australia’s leading health policy experts, has called for a ban on home deliveries of alcohol after 10.00pm.

The policy, badged as an ‘Uber ban’, comes after the latest data show an 8% jump in alcohol-related deaths during 2020 as much of the Australian population lived in lockdown. For females, the rate is the highest during the past ten years, with a 12% increase.

The AHPC lead Professor Rosemary Calder from Victoria University’s Mitchell Institute said a ban on late night home delivery of alcohol was needed to not only save lives but to cut the rising rates of chronic illness linked to risky drinking.

‘We have seen a big jump in both men and women dying from an alcohol-induced illness such as poisoning or liver disease, however even relatively limited alcohol consumption is associated with an increased risk of many chronic illnesses, including breast and other cancers, heart disease, stroke, dementia, depression and anxiety,’ Professor Calder said.

With the omicron variant of coronavirus predicted to greatly increase the number of hospital admissions it is significant that some 157,000 admissions are attributed to alcohol consumption, with alcohol-related harm costing the economy more than $14 billion per annum (PDF).

Professor Calder said the opening of borders provided many people with their first chance to socialise with friends and family and, combined with Christmas and New Year, could provide a potent cocktail for excessive alcohol consumption.