What next for Lismore (and surrounds)? 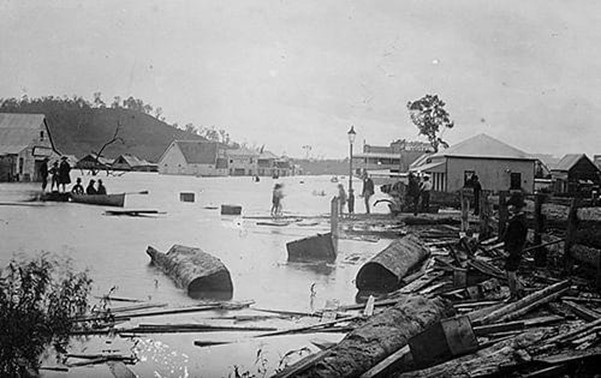 The flooding of Lismore in the early hours of Monday 28 February 2022 and the following days has had a devastating impact on the city, the settlements downstream and rural landholdings. Many parts of the Northern Rivers were affected by the heavy rainfall but it is the region’s ‘capital’ of Lismore, much of it located on the Wilson’s River floodplain, whose future must now be carefully considered. Many believe it can never be rebuilt in its previous form and the time has come for a radical reconfiguration.

Robin Osborne reflects on the latest tragedy to hit Lismore and what might happen next.

In an article titled “Historical tales of a floodplain town” Margaret Henderson from the Richmond River Historical Society – which was massively impacted by the 2022 flooding – concluded by saying, ‘There is always a human touch to every flood!’
Truer words have never been written about a natural catastrophe that has descended on Lismore all too often since the settlement was founded. Even then, the basin’s propensity to flood was well known by the Aboriginal people whose land it was part of.
‘Periodic flooding has always been part of life on the Richmond River [of which the Wilson’s forms the early part],’ Mrs Henderson continued.