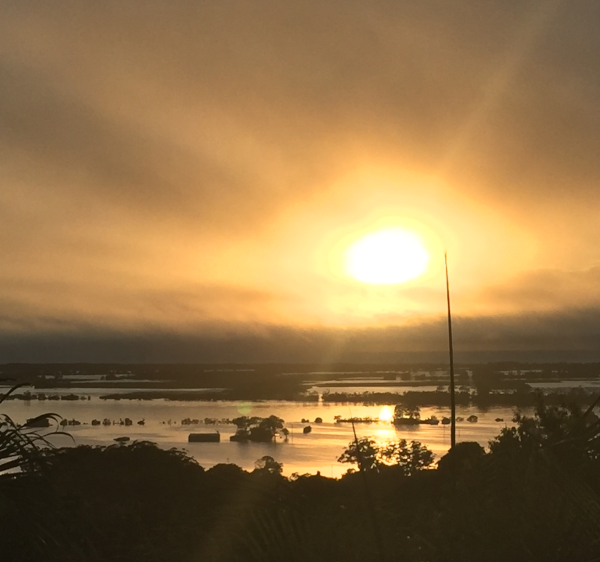 For many businesses it was the final straw. They had neither the money nor the energy to start again. While government grants seem generous they barely scratch the surface of replacing expensive machinery and stock, Many have gone or are continuing a roller coaster ride through Kübler-Ross’ five stages of grief.

GP Dr Nina Robertson, of Keen Street Clinic that was destroyed by the fast flowing waters, described the ups and downs of the last few months in getting the practice going again. At times the partners wondered if it was all worth the effort. They contemplated giving up but inspired by support from their many patients they pushed on and as of late May had limited capacity for seeing patients in their restored annex on Keen Street.

Keen Street Clinic near the peak of the flood

Nina summarised her advice for those faced with similar crises in the future. 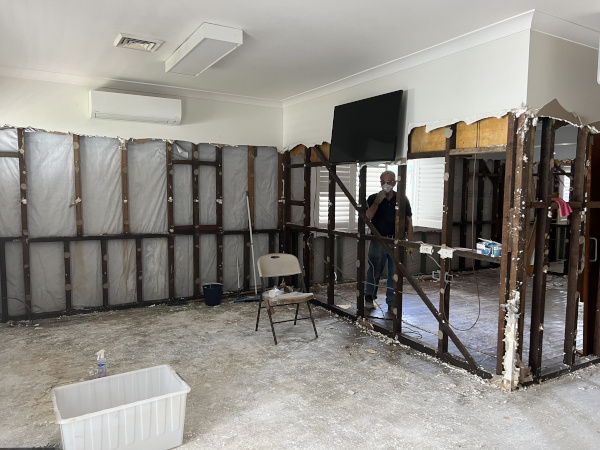 Dermatologist Ken Gudmundsen was similarly affected by the flooding in the main street of Lismore. 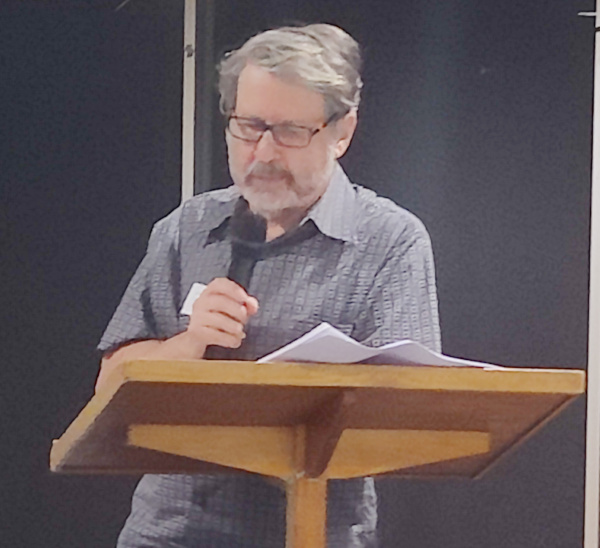 His building was inundated and he lost over a million dollars worth of equipment. Ken called for more support from the government for financial aid now and for effective flood mitigation in the future.

All six of the pharmacies in downtown Lismore were flooded. Kyle Woods had owned the Southside Pharmacy for only a year when the pharmacy and surgical supply store were hit. He was grateful to the surviving out-of-flood pharmacies that helped during the rebuilding process. He was also thankful to Janelle Saffin’s office for cutting through the red tape that looked like it would stymie his reopening for months. However, he was most thankful to his loyal staff who helped out in the clean up and came back to work after a hiatus of several months. 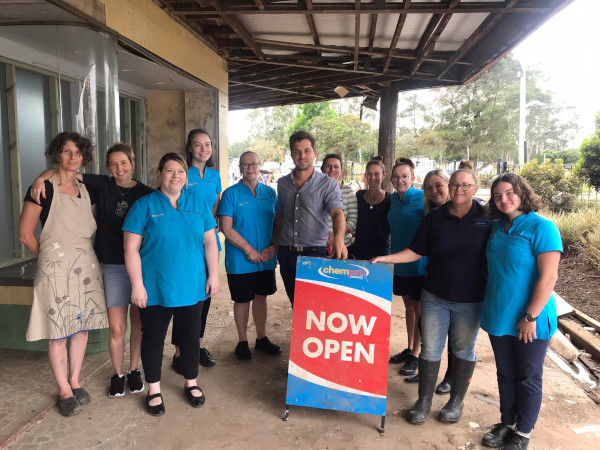 On a brighter note the North Coast medical community is to be congratulated on their efforts at providing emergency medical services during the flood.

The meeting learnt of Dr Ian Traise’s efforts in the first few hours and days wandering around the basketball court turned “Evac Centre” at Southern Cross University dispensing medical advice and scripts as the flood victims rolled in.

He was soon joined by Dr David Glendinning helping out with the socially disadvantaged from South Lismore and the Winsome Hotel. With a pocket full of pills he made sure everyone got a good night’s sleep.

Dr Kristiana Pavlovic, is a long time member of St John’s and junior medical officer at Lismore Base Hospital. 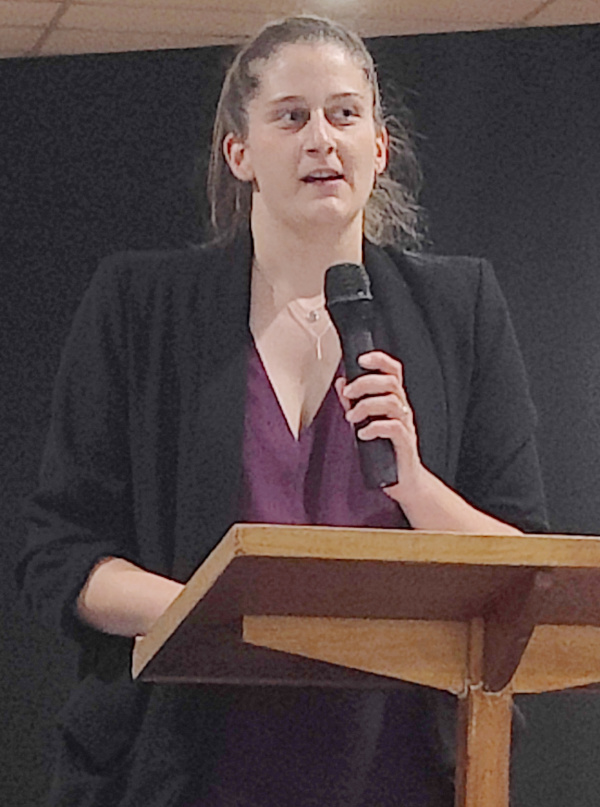 She coordinated the volunteer doctors who came from around the country to help out at the two evacuation centres at Southern Cross University and the Goonellabah Sports and Aquatic Centre. A Google doc became the rostering system and their communication system was a WhatsApp group. 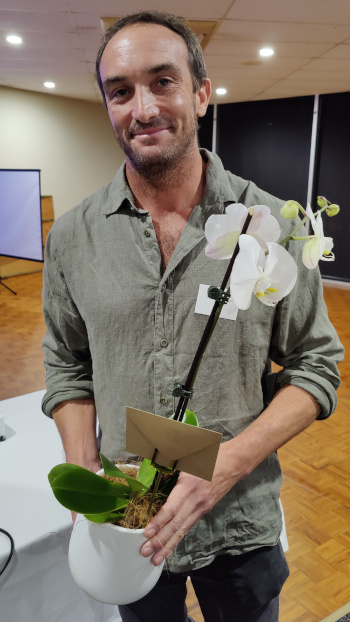 Dr Sebastian Rubinstztein-Dunlop
with a flood resistant gift from Nordocs

Emergency physician, Dr Sebastian Rubinstztein-Dunlop, came down on the third day to relieve Ian Traise. He was told he would only need to be there for a few hours. He stayed a week, converting the SCU medical clinic into a formal medical assessment centre, accepting rescued victims from around the area and patients choppered in by the army Black Hawks from towns isolated by flood waters. They treated the needy and dispatched the sickest to the Base Hospital.

There was no playbook to follow in this emergency. Someone saw a need in the Emergency centre  and worked out a way to fix it. Both Seb and Kristiana acknowledged the innovative and can-do approach of all their colleagues. It turns out even surgeons can do nasopharyngeal swabs.

Lismore Base Hospital is high on a hill; not so Ballina District Hospital. Dr Tien Khoo, physician in charge of BDH received a call saying the police were ordering a hospital evacuation. Confirming this through medical channels turned out to be difficult.

It was true, however, and the doctors, nurses, wardsman, cleaners, volunteers and sundry others sprung into action relocating the hospital to Xavier Catholic College Ballina. 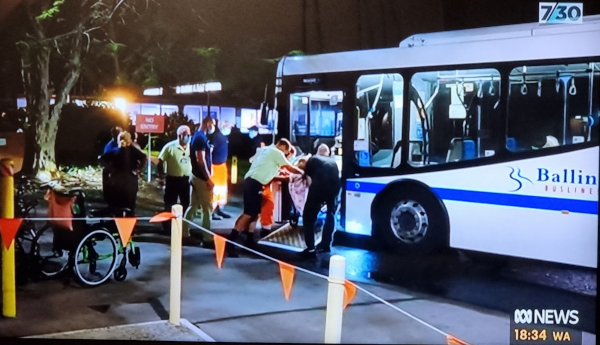 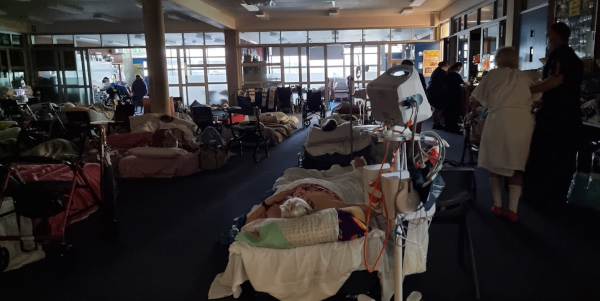 Dr Khoo’s take home message for the medical system was that we must “improve disaster readiness, communication, infrastructure and safety nets”. We look forward to that report and accompanying policies.

Closing out the night was surgeon and Nordocs Board member, Dr Sue Velovski. Cut off by flood waters she became the local doctor to her community on the hill. Advising on medical matters like the bioequivalence of Jurnista and Jardiance (they’re not, despite starting with the letter J) it reminded her of how we become comfortable in our silos but struggle when cut off from colleagues and the internet.

The penultimate stage of grief is depression. The “black dog” can affect us all. As a lifelong cynophobe Sue was put to the challenge in taking her turn in the community in looking after Jesse, who had become separated from her owner. Jesse made a special guest appearance of the night and made many new friends. 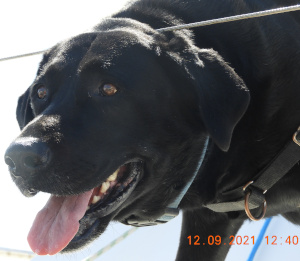 In concluding Sue reminded us that despite the challenges, the rains eventually stop, the clouds part, the sun shines and the waters recede.

After the rain life goes on. 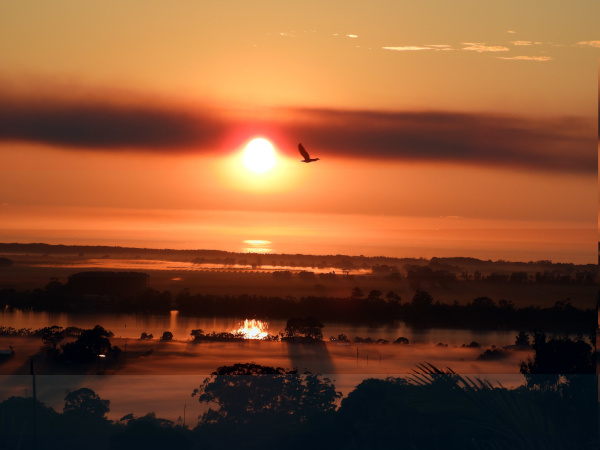 The Richmond River After the Rain

Nordocs would like to thank the sponsors of the night, NSW AMA, RDA NSW, NSW RDN and Miga.

The prizes for the quiz on the history of flooding in Lismore were won by Dr Nina Robertson and Lismore Mayor, Steven Krieg. Mayor Krieg correctly identified the date of completion of the Lismore flood levee and the year it was first topped. Some events are writ indelibly in one’s memory.

The prize of $5,000 from Nordocs and Keen Street Clinic for the date and height of the next flood went unawarded.