The next steps to recovery 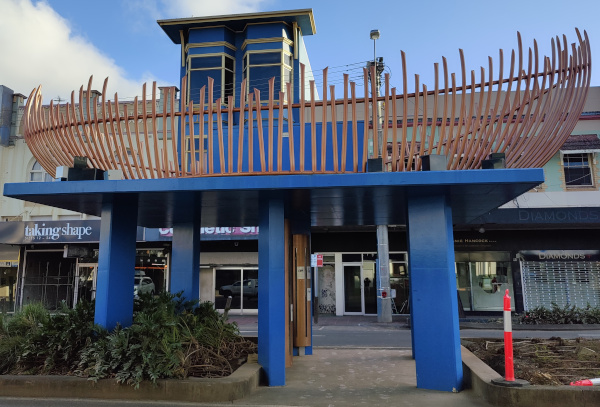 In March 2022, the NSW Government commissioned an independent expert inquiry into the preparation for, causes of, response to and recovery from the 2022 catastrophic flood event across the state of NSW. The Inquiry is being led by Professor Mary O’Kane AC and (former NSW Police Commissioner) Michael (Mick) Fuller APM.

The team is consulting directly with impacted communities in the Northern Rivers, with plans for virtual meetings in the Hawkesbury-Nepean and Clarence River regions in mid-June. It is not the only body looking into the disaster.

At the 31 May sitting of the NSW Upper House’s Select Committee on the Response to Major Flooding across New South Wales in Lismore several Northern Rivers mayors and MPs attacked the performance of Resilience NSW in the aftermath of the February flood, with the lead agency for disaster management being called ‘institutionally incapable of doing the job’.

Lismore MP Janelle Saffin – whose life was threatened in the flood – said the disaster response agency was unfit for purpose – ‘missing in action in every way’ – and had failed to coordinate other agencies and often operated without an adequate response plan and later recovery plan.

Ms Saffin said the Resilience NSW leadership was unhelpful and obstructionist, and eventually she refused to deal with them, saying she had contacted Premier Dominic Perrottet’s office to circumvent them

Similar criticisms had been made at the session in Ballina on the previous day, while a day later, in Murwillumbah, Premier Perrottet said the government would be willing to relocate residents in flood prone areas of Lismore if the independent inquiry recommended moving the town.

The Premier told the SMH he would feel ‘personally responsible’ if the town faced another deadly flood and the government had not tried to lessen the devastation.

He acknowledged the government needed to do more but said his visits to Lismore showed him there was ‘not much you can do in terms of preventing the destruction and damage a flood like that can cause.’

Perrottet said the government would take advice from its infrastructure teams about flood mitigation methods for the future. There needed to be ‘a deep appreciation ... that these events are occurring more often than they have in the past… If we have another flood like that in two or three years, and we’ve just gone back and done the same thing again, I would feel personally responsible.’
Northern Rivers Reconstruction Corporation chief executive David Witherdin told the Summit that relocating Lismore’s town centre could cost more than $1.0 billion and take five to eight years.

Moving the town would be ‘an enormous undertaking’ but ‘in terms of some residential areas right down near the river, a voluntary purchase program should absolutely be on the cards. In terms of the CBD itself, community sentiment is really strong around retaining it, so I think we’re going to be sensitive to that.’

Details of consultations are available on the Inquiry’s webpage.

The Inquiry will report on:

The Inquiry will also consider and, if thought fit, make recommendations on a range of matters, including:

The Inquiry is required to report to the Premier on causation, land use planning and management and related matters by 30 June 2022, and on all other matters by 30 September 2022.

According to NSW Deputy Premier, Paul Toole the Inquiry’s recommendations will drive the work of the Corporation, saying the latter would look at areas where it makes the ‘most sense’ to rebuild as well as working with the insurance industry to ensure reconstruction is sustainable and insurable.

‘This is about future-proofing these towns,’ Mr Toole told the SMH’s Heath Gilmore, himself no stranger to flood zones, having previously worked at Grafton’s Daily Examiner.