No rural health Ombudsman but a new panel and 10,000 more staff 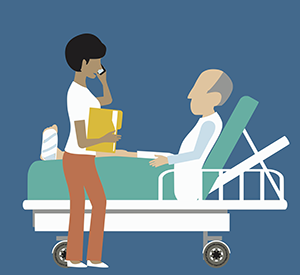 The NSW Government has finalised its response to the parliamentary Upper House’s Rural Health Inquiry (reported in NorDocs Winter 2022), confirming it support for 41 of the 44 recommendations but declining to support a request to strengthen the Health Administration Ombudsman amidst massive, publicised failings in the system.
Saying the Perrottet government is on track to address identified shortages, the Minister for Regional Health Bronnie Taylor said it recognises the findings of the Inquiry and is taking meaningful action to provide safe and high quality health care services in the bush.
‘It is my absolute priority to ensure that, no matter where you live in our state, you have access to the health services that you need and deserve,” Mrs Taylor said.

‘We know that almost all patients who pass through our rural and regional hospitals and health services have a positive outcome. A Bureau of Health Information survey of more than 6,000 patients who received emergency care from small, rural public hospitals found that 94 per cent rated their care as ‘good’ or ‘very good’.’
Yet it was the standout lapses in care, some fatal and many highlighted in inquiries conducted by The Sydney Morning Herald, that prompted an in-depth look at the state’s rural and regional health care, notably the failings of NSW hospitals. Some were on the North Coast.
‘It was important to hear directly from those on the ground, including patients, their families, health staff and communities, about where we need to address issues in our health system and also build on the NSW Government’s ongoing commitment to best practice healthcare and reform. That is what this Inquiry has achieved,’ the minister said on 1 September.
Since the Inquiry commenced the NSW Government has committed significant funding to address the issues raised including:
• A $4.5 billion commitment to employ a record 10,148 full-time equivalent staff to be recruited to hospitals and health services across NSW over four years, with around 40% of this workforce being for regional areas
• An investment of $883 million over the next four years to attract and retain staff in rural and regional NSW by transforming the way health clinicians are incentivised to work in the bush.
• Doubled subsidies across the Isolated Patients Travel and Accommodation Assistance Scheme (IPTAAS) with a $149.5 million investment.
• An investment of $743 million funding boost over the next five years to enhance end-of-life care in NSW.
The NSW Government’s response to the Inquiry coincided with the unveiling of a new Regional Health Ministerial Advisory Panel chaired by Richard Colbran, CEO of the NSW Rural Doctors Network. The panel will advise the Minister for Regional Health, the Secretary of NSW Health and the Coordinator-General of the Regional Health Division on opportunities and solutions to improve healthcare, hospital and support services in regional NSW.
One member of the panel is North Coast resident and former regional health board member Leone Crayden, another is the former chair of the Royal Australian College of GPs rural panel, Ayman Shenouda.
The committee’s report called on the government to establish an independent office of the Health Administration Ombudsman to review concerns about the administrative conduct of management made by doctors, patients, carers and the public.
The independent office would have examined decisions relating to alleged cover-ups of medical errors or deaths or inaccuracies. Such matters had been highlighted in the media and in the course of the inquiry.
‘The advice from the [NSW] ombudsman is that that process already exists within there and it would be of no further benefit,’ Mrs Taylor said, adding she had been advised that the creation of this independent office would duplicate what is already available: ‘There is no way that people are being gagged,’
The NSW government has agreed to urgently engage with the federal government to address issues surrounding the doctor workforce, another ongoing focus of media and industry attention.