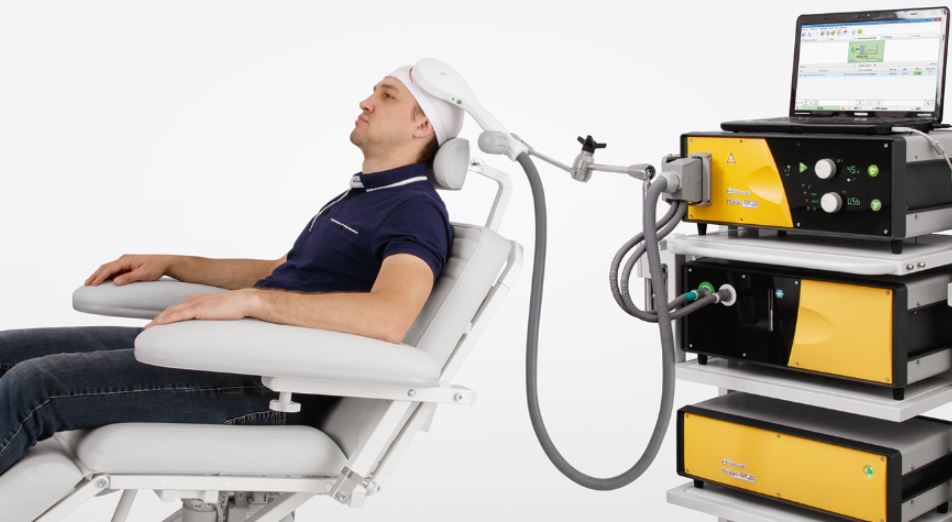 It’s unsurprising if you or someone you know finds themselves a little lost these days. Between fires, floods and inflation, many of us are wondering what will go wrong next. It is quite normal at such times to experience periods of sadness. It is part of the human experience.

However, the sustained strain of the pandemic has led to increasing numbers of people experiencing an overt major depression. This increased suffering has not gone unnoticed by those of us working within this field. In 2019-2020, a 35-year-old antidepressant - sertraline - was the 10th most prescribed drug in Australia for the first time1. Last year it rose to 8th2.

Whilst antidepressants have saved many from depression and suffering, they continue to have their limitations. We know that antidepressants have diminishing effectiveness with each successive medication trial3. By the time a depressed patient is on their fourth medication trial, their chance of recovery drops to about 10%, and they will likely require medication augmentation strategies or polypharmacy. Antidepressants also have significant side effects, and unpopular ones at that. For example, half of patients on an SSRI will experience some form of sexual dysfunction4.

Repetitive Transcranial Magnetic Stimulation (TMS) is a non-invasive procedure that uses magnetic fields to stimulate cortical neurons as a treatment for major depression. It emerged as a research interest in the 1990s, was approved for the treatment of depression in North America in the early 2000s, and is now an accepted treatment of Major Depression in almost all international guidelines for management of mood disorders.

Whilst access within Australia has been limited, the RANZCP endorsed TMS officially in its 2018 position statement and Medicare provided an Item number in November 2021, improving access to this treatment for most Australians’.

The basic principle of TMS is that pulsed magnetic field induces and depolarises neurones within specific cortical regions of the brain, altering synaptic plasticity with repeated treatments5. Functional imaging models have demonstrated a variety of dysfunctional brain regions in the depressed brain such as the dorsolateral prefrontal cortices (dlPFC) and limbic structures.

TMS is only able to directly target the more superficial dlPFC – these regions communicate to deeper emotional centres through existing neuronal tracks. By correcting the PFC, there are secondary effects in the limbic systems, adding to the antidepressant effects of TMS.

TMS is generally a well-tolerated and well liked treatment. Patients are required to attend 5 days per week for at least 4 weeks, with each treatment lasting under 30 minutes. The patient is awake, does not require any special preparation and can drive themselves to and from each treatment. Side effects are mostly mild and transient, and include headache, local scalp discomfort and light-headedness. The only serious side effects are seizure (<0.1%6) and, rarer still, retinal detachment.

Generally speaking, TMS is utilised for patients with a degree of treatment resistance in their depression. This is reflected in the Medicare criteria to access subsidised treatment, which requires a diagnosis of depression, a trial of two antidepressants for three weeks each (unless contraindicated) and some form of psychological intervention if appropriate.

Notably, in the US only a single antidepressant trial is required. An additional challenge is that Medicare currently restricts TMS to those who have not had the treatment before, effectively excluding a significant cohort of patients, even if they have previously had a good response to TMS. That being said, some patients can access the treatment via DVA and WorkCover funding streams.

From a practical sense, TMS is often utilised after three or more medication failures, at which point a person is more likely to respond to a course of TMS than a fourth  antidepressant. Of course, many patients decline antidepressants, and may wish to access TMS earlier in the treatment plan, noting the Medicare limitations above.

Whilst response rates vary, about half of patients may have a clinically relevant response, with about 30 percent experiencing remission. It is important to note that TMS is not curative. General recommendations are for patients to remain on antidepressant therapy as this tends to reduce the risk of relapse. Additionally, whilst not formally approved for treatment, there is emerging evidence for TMS in OCD and PTSD, so if this is co-occurring with a major depression, there may be even more benefits.

Whilst TMS is not going to be for everyone, there is something intuitive about treating depression – a condition of the brain – by directly targeting that organ system. Considering depression is an increasing problem worldwide, effective interventions that add to our treatment options, and continue to provide hope for our patients, can only be a good thing.

Dr James Goldstein is an Addiction and General Adult Psychiatrist with a sub-specialist interest in Transcranial Magnetic Stimulation (TMS). He is the Director of TMS at Currumbin Clinic and the Chair of the Medical Advisory Committee. Dr Goldstein completed his medical degree at the University of London, before moving to Australia to undertake his psychiatric training.