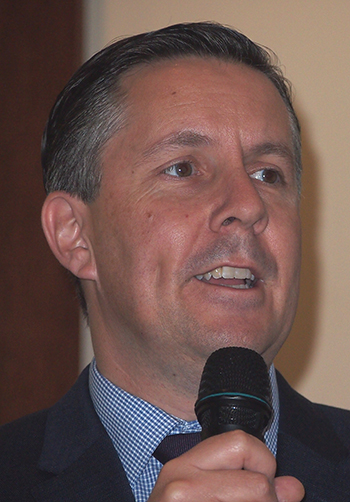 The Albanese Labor government’s first health minister, Mark Butler, has raised what he considers to be the alarming state of both general practice and aged care in Australia, telling the AMA’s national conference on 31 July 2022 that, ‘At the heart of the parlous state of general practice is very substantial financial pressure, much of which has been aggravated by the freeze on the MBS rebate over the last several years.’

The minister added that while that freeze has ‘thankfully been lifted’ is remains ‘baked into the system and results in an ongoing reduction or cut of more than $500 million every year in MBS funding that otherwise would be there if the MBS rebates had not been frozen.’

Mr Butler also pointed to ‘a crisis in the GP workforce’, calling it ‘a recurring theme right through the healthcare system - I still think that the abolition of Health Workforce Australia was a deep mistake by Tony Abbott when he came to Government.

‘The Modified Monash Model has exacerbated very deep supply problems that we have in some of the regional parts of Australia, as well as some outer suburbs that were previously classed as districts of workforce shortage.

‘These general practice issues, I can tell you, are at the top of my list of things that I think we need to be focusing on.’

Aged care is another subject for concern, with the minister saying budget cuts to the sector under the former government are driving a system ‘that was already under serious pressure to the point of crisis that we saw played out so vividly in the Royal Commission.’

Mr Butler told media that said fixing the GP pipeline was a long-term project, with ‘no silver bullet for cities, let alone rural and regional Australia.’ However, the government is exploring alternatives such as a trial of the single employer model in the Murrumbidgee region started by the former government.

The SMH reported that under this system, GP trainees remain employed by NSW Health, allowing easy transition between hospital and community-based GP training placements, and portability of entitlements such as annual leave.

Mr Butler said the results of the single employer model in the Murrumbidgee would inform a possible further trial in South Australia. Health Department secretary Dr Brendan Murphy told the conference that the growth in GP numbers was only 1.8 per cent a year, while growth in other medical specialists was 4.2 per cent.

He said there were many reasons why medical students were not choosing to specialise in general practice, including the financial rewards and the focus on ‘high throughput medicine’’.

‘Some colleagues and many of the general practice groups say that some of their other specialist colleagues are earning more money for the same or less hard work, so that’s part of it – the reward for the job,’ Dr Murphy said.

At the conference the AMA elected a new President, Professor Steve Robson, a senior specialist in Obstetrics and Gynaecology and has been in practice in Canberra for 20 years, and Vice President, Dr Danielle McMullen, a GP in Sydney’s Inner West, and immediate past president of AMA (NSW).