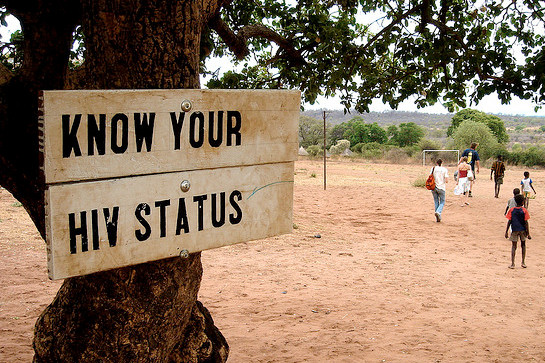 Single tablet regimens. (STR) Treatment of HIV became successful in the mid-1990s but difficulties including multiple dosing schedules, handfuls of tablets and significant adverse events made life challenging for those infected and their carers.

By the late 2000s the first STR was released and in April this year the fourth of these was released, unimagined in the early dark years of the epidemic. Along with this simplification, regimens have much improved tolerability and most importantly efficacy and durability. Whilst various factors mean STRs are not for everyone, most regimens are now once daily, sometimes twice daily and involve few pills.

Durability and potency of the medications along with treatment adherence on the part of those infected are vital for viral control and long-term success. These modern drugs certainly provide the former and assist with willingness to adhere, but many patients are still taking regimens started 15 years ago. A popular regimen of the late 90’s involving three pills twice daily is now taken as two pills once daily with no loss of viral control over that period and restoration to essentially normal immune function. The majority of people living with HIV (PLWH) will die with, rather than of, their infection.

Drug/Drug interactions. DDIs continue to pose risks for those infected with the virus and medico-legal risks for doctors due to misadventure. They are numerous and unpredictable. Significant examples include alterations in drug metabolism such as prescribed and over the counter inhaled steroids and injected depot steroids leading to adrenal shutdown and rhabdomyolysis with statins in PLWHA taking drugs that inhibit the CYP 450 or Pgp enzyme systems.

GPs are urged to lower their threshold of risk assessment for HIV testing and test more often.

Cardiac arrhythmias occur in patients prescribed erythromycin and taking protease inhibitors that may prolong the QTc interval. Loss of viral control can occur in patients prescribed H2 antagonists or proton pump inhibitors and taking HIV medications that require an acid environment for absorption. The use of cations such as Ca, Mg, Zn and Fe that bind to the active site of Integrase Inhibitors will inhibit their antiviral activity.

Lismore Sexual Health Service is happy to field calls at any time or DDIs can be researched at HIV Drug Interactions, an easy to use Newcastle UK website.

Treatment as Prevention (TasP). Two landmark studies published over the last three years demonstrate that suppression of the virus in PLWH essentially eliminates onward transmission of the virus to sexual partners, whether extra protection (condoms) are used or not. HPTN052, released in July 2011, demonstrated >96% effectiveness in reduction of transmission to the uninfected partner. This was mostly in heterosexual couples. The PARTNER study, early data from which was released in March 2014, demonstrated zero linked transmissions between homosexual partners with the full study results to be released in 2017. Statistical analysis predicts >96% protection also.

Pre (PrEP) and Post (PEP) Exposure Prophylaxis. Evidence is mounting that the use of antiretroviral drugs in those not infected but at risk, both prior to and after a risk event, significantly reduce infection rates. PEP starter packs are available through all local Emergency Departments for those presenting within 72 hours of a risk event, guidelines inform the suitability of an attendee for this. PrEP will become available in the near future as part of the NSW HIV Strategy through participating public clinics.

NSW HIV Strategy. The ambitious goal of this strategy is to decrease new HIV infections by 80% by 2020. To that end there is a three-pronged approach. Firstly, identify those already infected with the virus who are unaware of the infection. This has involved ramping up testing rates including reaching those who have not or who are reluctant to test and includes such initiatives as Point of Care testing outside traditional clinical venues and key performance indicators for publicly funded services. Home based testing is soon to be made available.

Secondly, early treatment initiation, after appropriate patient discussion and agreement, to improve long term outcomes for the patient and decrease onward transmission of the virus to sexual contacts. Thirdly, the strengthening of education measures currently employed to reduce transmission such as encouraging the use of condoms and clean drug injecting equipment, and now the TasP, PEP and PrEP messages.

HIV Support Program (HIVSP). GPs are urged to lower their threshold of risk assessment for HIV testing and test more often. Whilst men who have sex with men are most at risk of infection in Australia, significant numbers of those from and those travelling to high prevalence countries are being diagnosed with the infection. The HIVSP initiative aims to support GPs with little experience in HIV in delivering the news of a positive result to a patient and in achieving the best outcome. NSW Health is notified of a new diagnosis by the laboratory and informs the local HIVSP coordinator who will contact the GP or other diagnosing doctor to offer support, information and management pathways for both the doctor and the patient.

This is a brave new world for those infected with the virus and those at risk. Viral control restores the immune system and allows resumption of a full, active life with few restrictions. HIV infection is now a chronically manageable infection which requires the same planning as that involved in caring for other similarly long term conditions.

STI Screening in men who have sex with men