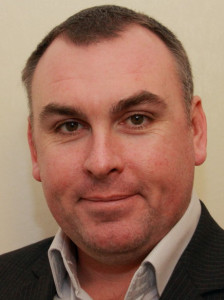 Jayden MacRae is the CEO of Patients First, the New Zealand organisation charged with improving both the quality and ease of transmission of data in the New Zealand health sector. In this article he highlights the importance of face to face conversations with practices in the successful implementation of the NZ's "Shared Care Record".

The need to win the hearts and minds of GPs one-at-a-time and face-to-face was one of the key lessons I learned while leading one of New Zealand’s first regional electronic Shared Care Record (SCR) implementations.

I spent the better part of 18 months having practice meetings in early mornings, lunch-times and after work across close to 100 practices that covered 450,000 patients and a geographical region of 15,500 km2.

We embarked on our project in 2009 and most New Zealanders then had an expectation that clinicians in hospitals and after-hours clinics could access their general practice medical records when they presented to these care settings. At that time we were falling very short of this expectation.

The project was a part of a much larger programme of change management that had garnered support from organisational and clinical leaders, the regional funder and the public hospital system. It was consistent with the national direction of travel in the sector. It was our duty to roll-out a project that would take hundreds of disparate sources of patient information and make that seamlessly available to clinicians working in acute care settings. We already had some commercial products that could provide the technical aspect we needed but this project was not ultimately about IT. It was about relationships, trust and patient privacy.

We underestimated the mind-shift for general practices in implementing SCRs. Since the inception of mass computerisation in general practice in the late 1980s they had been operating as information islands. GPs have been the stewards of patients’ greater medical history for time immemorial. We had had electronic messaging for over 30 years, but the information flows have been discrete episodic information transfers in the form of referrals, or other transfer of care information. GPs exercised control of information release as the stewards and gatekeepers of these data.

The ethos of the new world was to share a subset of all patients’ medical records ready to be accessed by clinicians should they need them. The GP would no longer be an island or an active steward. It is well known that we overestimate the risks when we have little control over a threat and for some this was a hill too high to climb initially.

No amount of hard-copy material was likely to address all the questions raised and risks indented by a large number of clinicians. Large group meetings although slightly more effective than hard-copy material tended to be dominated by the opinions and views of the polarised and in such situations it was difficult to maintain a conversation along a specific thread to its satisfactory conclusion.

Meeting face-to-face with practices during their normal staff meetings was the key to providing accurate, pertinent information and gave practices a chance to understand the risks and mitigation strategies we had in place. It provided a chance to dispel misconceptions and to receive feedback.

These meetings usually involved all practice staff, including GPs, nurses, receptionists and practice managers. The format usually consisted of a short introduction to the project, its aims and some key points to address common questions, concerns and objections. Questions, comments or insights usually flowed freely after this. Everyone could ask questions or express concerns and that allowed us to address each one in turn. All were genuine, but it was often the case that the initial concerns were almost never the root objection that prevented a person or group from participating. It was therefore important to have a project representative with the seniority and project knowledge to rebut that which was incorrect or augment information to answer questions in order to get to the next question or issue in the chain.

The richness and customisation of the content of the project cannot be delivered in any other way easily. It is this richness of information and the assurance it gives that was ultimately able to counter the risks and sway the majority of practices to see the project as a worthwhile undertaking.

When we encountered an objection we hadn’t addressed before we were able to acknowledge it and find a way to modify the project to mitigate it. Having a face-to-face conversation meant we could do this in a way that just wouldn’t have been possible in a written form. People’s tone and body language can tell so much about their feelings towards a topic.

At times people articulated assent while their overall demeanour didn’t and face-to-face conversations allowed us to drill down into at-times-uncomfortable conversations. I am sure that there were some things said that would never have been committed to paper or email. Their spoken words had no audit trail and this promoted a greater candour for such difficult conversations.

Having a face-to-face conversation within the practice also allowed practice dynamics to play out. The nature of the project had the practice as the smallest divisible unit of participation. Practices needed to make a consensus decision and if some providers wanted to participate and others didn’t they had to resolve this internally. Everyone had a chance to express their thoughts and extreme positions tended to be taken less often than with wider group discussions. At times we were simply a catalyst for a practice to have a conversation about the benefits and risks of such a project.

We never expected to convince all practices to participate. We knew we needed over 50% of the patient population to have a record on the system for it to reach critical mass and grow. In our initial regional roll-out we got over 60% of practices participating representing over 80% of patients in the region. For large practices I often made more than one visit, in part because they were important to recruit to the project to increase overall patient coverage but also because it is difficult in large practices for all providers to attend on any given day. Also, for some it was worthwhile to reflect on the information presented and to be given an additional opportunity to ask questions at a later stage.

Using a face-to-face and personalised recruitment of practices was an extremely labour intensive and expensive approach to for this type of project. The large mind-shift that was needed to get practices to participate required a large investment and we believed that the benefits of having the SCR were worth it.

Overall the project was successful for a substantial number of reasons and ensuring we had a personalised approach to practice communication and recruitment was only one facet. It is an aspect that is easy to dismiss however, especially as you try to scale the implementation to larger areas. My advice would be to invest in people and embrace them over technology. Invest in communication, listen, challenge and understand the long term benefits of what these systems can achieve and balance this against the short-term costs to get the messages right.

The journey to any new and worthwhile destination is never easy, otherwise you’d have been there already.