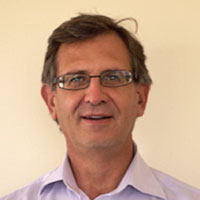 We are now seeing an increasing number of Americans dying at home or in hospice care. This trend is also apparent in Australia as typified by the Wedgetail Retreat (page 13) that offers terminal care in the beautiful Duiguigan valley, west of Murwillumbah. We thank the van den Berg family, who appear on the cover, for sharing their story with our community.

Another measure of a country's progress is how well it looks after its disadvantaged. The Footprints Project in Brisbane has recognised an unmet need for their clientele of homeless and marginalised. They recently presented their program for end of life planning and terminal care support at the Sustainable Healthcare Transformation conference in Hobart (page 5).

Advanced Care Directives (ACDs) are seen as a way of limiting expensive, painful and ultimately futile medical interventions in our dying days. However, Drs Karen Hitchcock and Andrew Binns (pages 10 and 11) remind us that the final days on our journey are the hardest to foresee. ACDs should therefore not be seen as a contract or a management tool for cost effective care but as a way of opening up the discussion for dying patients to have with their families, carers and medical personnel about their wishes.

After an 18-month hiatus the recent Federal government budget has announced a further $485 million dollars for myHealth Record, the rebranded Personally Controlled Electronic Health Record (PCEHR). Progress with the PCEHR had been very slow and it is the government's hope that creating a blank record for instant upload will increase usage and value. Trials of this new opt-out approach will start in two sites in 2016.

Most Western countries are further along the path of health data communication than Australia but NSW Health has recently rolled out e-Discharges (page 8) that will make the transfer of care from hospital to general practice more efficient. This is just one component of the Northern NSW Integrated Care Project to improve the management of patients near the end of life and reduce frequent unplanned admissions to hospital.

Jayden MacRae (page 21) describes the extensive preparatory work needed to roll out New Zealand's "Shared Care Record" (equivalent to our PCEHR). Clear and repeated communication at the practice level was necessary to achieve the critical mass of participants to make the program sustainable in the long term.

The May 2015 Federal Budget did not produce any "shock and awe" this year, with many of the changes for primary care announced in advance. Primary Health Networks kick off on 1 July but have a 12-month transition period to redefine their work and scope. A long overdue review of the Medical Benefits Scheme, looking at the number and complexity of item numbers, will report later this year

With Medicare rebates frozen for the foreseeable future, GPs will be keen to see the Primary Health Care Advisory Group report that is also due out at the end of the year. Block funding for chronic disease management has been mooted as a solution to the distortions caused by fee for service.

Dr Steve Hambleton and his group have a number of overseas systems to investigate, with New Zealand again being a potential model for Australia's revised health care financing. However, given the slowness of the release of previous reports by the government, GPs should not expect any increase in government funding for some time. As such, they will be well advised to make their surgeries more financially viable and will benefit from considering their Key Performance Indicators as suggested by Matt Gilchrist (page 19).

All is not doom and gloom. Australian general practice scores well on most measures of primary care and Edwin Kruys', "UK doctors in Australia" (page 25) reminds me of my mother's saying, "There is always someone better off and someone worse off than you."