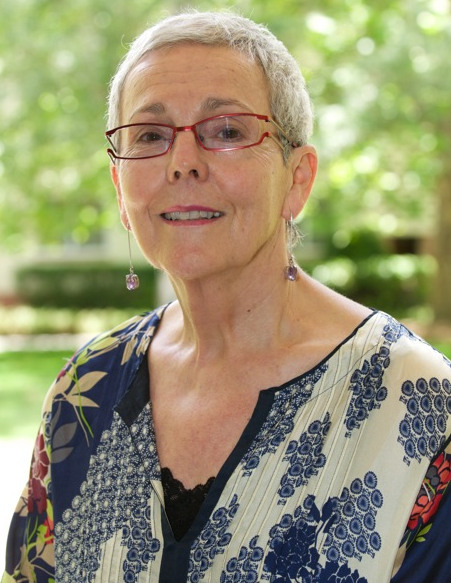 The director of the University Centre for Rural Health (UCRH), Professor Lesley Barclay AM, has won an accolade from the federal government for leading one of Australia’s top-ten research projects over the past year.

The Ten of the Best Research Projects 2014 were selected for their innovativeness and potential to make a difference to the lives of Australians and people worldwide.

The names of those making the exclusive list were announced recently by Health Minister Sussan Ley: “These research stories give us a glimpse into the next generation of treatments and medical devices that will make a difference to people’s lives.”

Professor Barclay’s team conducted extensive research on birthing practices in rural and remote communities in the Northern Territory’s Top End. This led to the rollout of a model of care that is delivering significant benefits for Aboriginal mothers and their babies.

“The benefits include reduced infant and maternal mortality, increased birth weights and less need for medical interventions in the ante-natal and post-natal periods,” said Professor Barclay who began her career as a midwife.

“At present, Aboriginal and Torres Strait Islander women still have a higher maternal mortality rate than women in Sri Lanka or Malaysia, with twice as many Indigenous babies (11 per cent in total) being of a lower birth weight than the general Australian population. “

The research was supported by the National Health and Medical Research Council (NHMRC). The work started when Professor Barclay was at Charles Darwin University and was completed at the University of Sydney.

“While most Australian mothers in urban centres have access to high quality maternity and infant care, those living in rural and remote Australia aren’t so lucky, and Indigenous Australian mothers in these locations are at a particular disadvantage,” Professor Barclay added.“Based on my own experience and the research findings, it was clear that too many women were missing out on proper evidence-based care, while the care they did receive was delivered in ways that weren’t respectful to women, and were not family-centred.”

The research was carried out in two large remote communities in the Territory’s Top End, and their regional centre. It included lengthy observations, dozens of interviews and the study of hundreds of mother infant records.

The results led to a range of improvements, the most significant being the Midwifery Group Practice (MGP) model, which provides a continuity of care where one known midwife provides pregnancy, birth and post birth services.

“Before the MGP model was implemented, local women were seen by numerous carers across pregnancy and birth, receiving inconsistent advice and not developing rapport with a care provider,” Professor Barclay explained.

The research team found that the MGP helped improve clinical effectiveness and quality of care for women, with a saving of around $700 per mother-infant cohort.

While the care provided to infants living in those communities is still not satisfactory – for example, attempts to provide skilled nurses for infants failed - the partnership between researchers and health systems leaders has made a huge difference.

Professor Barclay and her team are now working to develop the Australian Regional Birthing Index, a version of a calculation designed by Canadian researchers. This tool estimates the level of maternity service required for a given regional population based on its characteristics and isolation. This research is also funded by NHMRC.