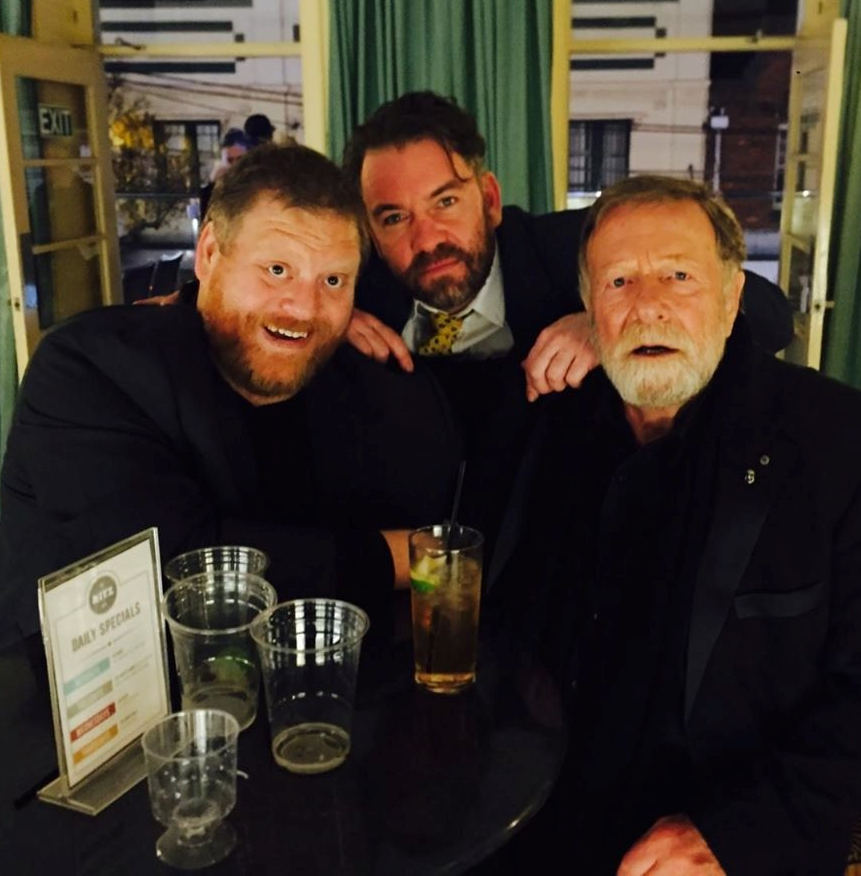 Written and directed by Brendan Cowell, starring Pat Brammall as the titular character, and featuring me in a small but pivotal role (as we say in the business), Ruben Guthrie tells the story of a high-functioning alcoholic adman who is forced by physical injury into a moment of clarity – and by love into a year off the sauce.

The script, an adaptation of Brendan’s wildly successful play, is a postcard for Sydney’s luxuriant drinking culture, as well a cautionary tale of the grinding dullness and inconvenience of sobriety.

And, in Australia, drinking is how we show we have one.

In this country, you can’t trust someone who doesn’t drink. The assumption is they have a drinking problem. A strange assumption when you think about it.

Ruben Guthrie is really about how hard it is for Australians when someone they love puts the bottle down without a court order.

A close friend of mine recently wanted to have a bit of a break from booze. I was devastated. Our friendship had been formed in the froth of balcony binge drinking. What would we do now?

For Ruben, it meant his job was on the line, he was forced to befriend earnest passive aggressives, and be all but disowned by his parents.

In a case of life not imitating art or, more accurately, life rolling on regardless, my engagement with the material by no means inspired any clear moments in me.

I’m neither proud nor ashamed to say that during the celebratory whirl of premieres, parties, after parties and after after parties, honestly, I’ve never been so pissed in my life.

And if you’re wondering why I’m revealing to you all, especially as doctors, my cavalier disregard for both the theme of the film and the concerns of the health system, the answer is, well, the editor offered me a bottle of wine.

And I have nothing more insightful to say than, “Cheers, Robin!”

Aaron Bertram is a Lismore-based writer and a former editor of GP Speak. An accomplished actor, he played the role of Ken, a member of AA who befriends alcoholic ad man Ruben Guthrie in the Australian film of the same name.

Editor’s note: Offering a bottle of plonk as an inducement to hear Aaron’s experiences in the Sydney film world was entirely my idea, and had neither the financial nor medicinal backing of the Northern Rivers General Practice Network.