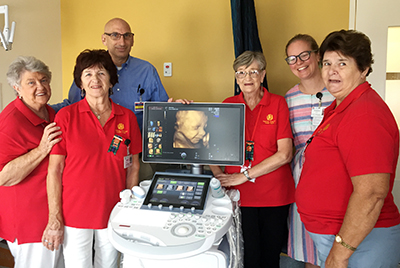 In advance of an annual general meeting postponed for several weeks because of the region’s bushfires the Northern NSW Local Health District, covering the area from Tweed to the Clarence, released a yearly snapshot of its achievements for 2018-19

Declaring the ambitious goal of working towards being the “leading regional local health district in Australia” the LHD said it provided healthcare for more than 300,000 people in Northern NSW. It added that significant growth meant the region’s population is projected to grow by eight per cent over the next decade.

Despite considerable publicity about low vaccination rates, 91% of all children are fully immunised at 5 years (96% for Aboriginal children), with life expectancy at birth being 85 years for women and 79 years for men.

Compounding the challenge of delivering timely and quality care to residents is the appeal of the area to tourists: an astounding 6.9 million domestic and international visitors come to the region per year.

Large scale hospital infrastructure spending, from Tweed Heads to Grafton and inland to Bonalbo, were either begun or completed, with a range of innovations being implemented. These included the piloted ‘Improving the Patient Experience in the Emergency Department’ at Lismore Base Hospital, routine domestic violence screening in EDs across the District, and various healthy communities programs.