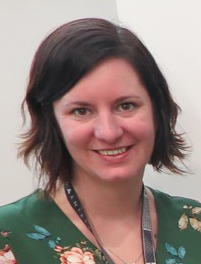 On 3 February 2020, the Clinical Year commenced! New interns arrived and we said farewell to many of our previous cohort. This year we have 12 new intern Rural Preferential Recruits (RPR) commencing at the Base to join the current 12 resident RPRs.

There will still be two rotating junior doctors from Prince of Wales as interns and residents (four in total) but our homegrown talent is certainly increasing. This year four of the interns had been students with us and liked us enough to return: generally our reputation as a centre is strong, attracting the other new RPRs. Lastly our retention from residency to PGY (postgraduate year) 3 was also very strong, with our managing to retain the majority of our previous RPRs compared to the state average of less than 20%

The year will see the second tower at Lismore Base Hospital opening, with many wards planned for decanting across in the next few months including the ICU. Exciting days ahead.

As always throughout the hospital  there are new recruitments and retirements occurring.  Many of you may have come across Dr Jane Rigg’s name in the past few months. She is  our latest general physician who began in the middle of last year. Jane brings an intelligent, considered approach to her work having been trained in the Queensland system.

The end of 2019 also saw the closure of Dr John Burrell’s career at Grafton where he had been working the past few years. John was a stalwart of both Lismore and Grafton Base Hospitals, and the thanks of us all go out to John who dedicated much of his medical career to our area. He will be sorely missed. The arrival of a new Director of O&G is imminent, which will hopefully see the service refreshed.