The GP guide to dementia care 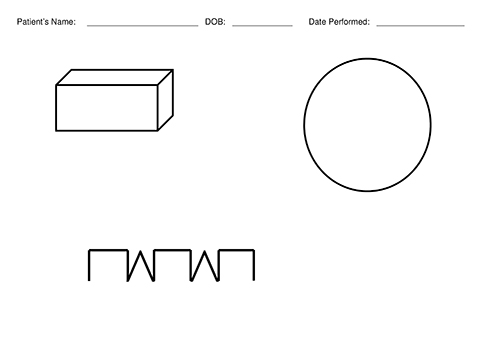 Australia’s ageing population - largely due, of course, to modern medicine keeping us alive longer - is resulting in an increase in the prevalence of dementia,1 this increasing with age, from about 3.4% at 70-74 years to 20% at 85-89 years, and 40% at 95 years or over.

As the population ages, the number of people with dementia is estimated to rise from 200,000 (1% of current Australians) in 2005, to 730 000 (2.8% of the projected population) by 2050. Aboriginal and Torres Strait Islander people experience dementia at an earlier age, and at a rate 3 to 5 times higher than the general Australian population.2

Most people with dementia (84%) first report symptoms to their GP, but a delay between the appearance of dementia symptoms and a confirmed diagnosis  is common, with one-half of those having  early dementia not being diagnosed when presenting to primary care. 3

Research published in BMJ Open has shown that attendance at GP lead dementia workshops has resulted in improvement in clinicians’ knowledge about dementia and confidence to diagnose it in the general practice setting.6

Presently specialist services for the diagnosis and management of dementia are limited and are not meeting demand in some (notably non-metropolitan) regions.

Based on this demographic data, as well as service delivery gaps and research highlighting low levels of knowledge, confidence and training opportunities, there is an increasing need for GPs to receive training aimed at assisting them to better  recognise, diagnose and manage dementia.

Dementia is a complex chronic condition,  a clinical syndrome that can be caused by a number of underlying diseases in which there is progressive decline in general cognitive function beyond what might be expected from the normal ageing process.

It is not one specific disease and there is no one specific test to diagnose it. To add to the complexity, dementia affects people in many different ways. There is no “typical'' presentation.

Dementia affects an individual’s thinking, behaviour and ability to perform everyday tasks. It is more than a memory problem.  It is a progressive, global, life-limiting condition that involves generalised brain degeneration that affects people in different ways and has many different forms.

Alzheimer’s is the most common cause of dementia in developed countries, accounting for approximately 60% of dementia diagnoses. .

Vascular dementia is the next most common cause, and there can be a mixed pattern as the risk factors for these illnesses overlap.

The Three Stages of Dementia Framework

Dementia is a complex progressive chronic condition. The conceptual framework of The Three Stages of Dementia assists with the understanding of a likely trajectory of dementia. There are no fixed end points for each stage, but rather there is a gradual transition from Stage 1 through to Stage 3.

Utilising this stages framework also assists in developing appropriate goals of care. Because dementia is a progressive illness the goals of care need to change as the disease progresses. However patient “dignity” is an important core value to aim for at all stages of the condition.

In Stage 1 an individual is usually still at home and often quite independent. At this time our goal of care is to maintain Dignity through independence, focusing on enjoyment and quality of life. The aim is to keep people with dementia in Stage 1 for as long as possible.

In Stage 2, the person with dementia will have increasing care needs. This is where GPs are most likely to become aware of problems in the home environment, as the families or carers present for help in managing their loved one. The goal of care in Stage 2 is Dignity through safety.

In Stage 3, the person with dementia will have diminishing quality of life, and will be requiring 24-hour care, most often in a residential aged care facility. The goal of care in Stage 3 is Dignity through comfort.

It is important to remember that everyone’s journey with dementia will be different.  These stages are offered as a guide for practitioners, people living with dementia and their families or carers.

The Five Domains of Dementia Framework

Dementia is a complex condition involving a progressive global deterioration in brain functioning.  To assist in better understanding how dementia, particularly Alzheimer’s and Vascular Dementia, can affect a person, it is helpful to consider the conceptual framework of The Five Domains of Dementia.

Combining the Domains and Stages Frameworks offers a model to explain the likely trajectory for a person living with dementia, especially in Alzheimer’s and Vascular dementia.

Diagnosing dementia in a timely fashion is important for the patient and their family or carers, as well as the GP. This allows for interventions which may slow the progress of the disease and for appropriate planning for the future.

The comprehensive diagnostic criteria for the various dementias can be found in the Diagnostic and Statistical Manual of Mental Disorders (DSM-5) and the International Classification of Diseases (ICD-11). However, these criteria are lengthy and cumbersome to use in the general practice setting.

A deconstructed version of these criteria can help GPs to become more comfortable in making a diagnosis of dementia.

The four Inclusion Criteria, which are needed to make a new diagnosis of dementia, are

The three Exclusion Criteria, which preclude making a definitive new diagnosis of dementia if present, are:

The role of examination in the assessment of a person with possible dementia is primarily to look for cardiovascular risk factors which could potentially be modified to slow the progression of a dementia, and to look for signs of cerebral ischaemia which may support a diagnosis of vascular dementia.

The standard investigations done in the assessment of a person with a possible dementia is to look for possible organic causes of their symptoms.

Comprehensive neuropsychological testing is the gold standard for a diagnosis of dementia, but this can be expensive and encounter long waiting lists in many areas of Australia. These tests are best reserved for people with complex comorbidities or unusual presentations, including younger people.

Other screening tests can be utilised to diagnose or exclude any concomitant psychiatric condition. A Geriatric Depression Scale may be performed to look at a possible differential diagnosis of depression. If depression is thought to be the primary diagnosis, this should be treated and the person should be reassessed subsequently, looking for any signs of cognitive impairment which may be co-existing with the depression.