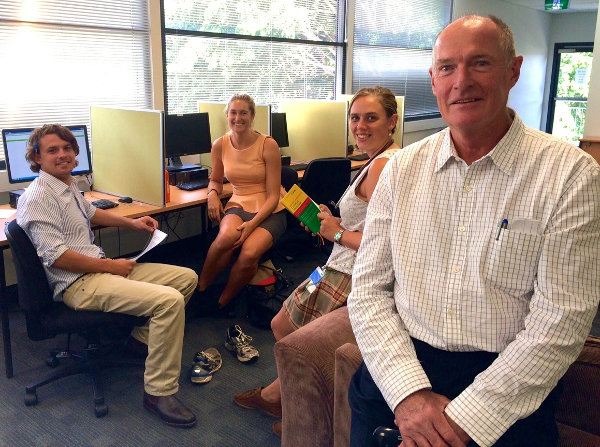 After being educated in Sydney – a university Blue in Boat, he represented NSW in rowing, nationally and internationally - he trained in surgery there and in Belfast.

He has been in practice as a Surgeon on the North Coast since 1985 when he moved here with his family. He holds surgical appointments to Lismore Base Hospital, St Vincent’s Hospital and Casino Hospitals.

With a strong commitment to community development, Mr Curtin has a deep interest in the opportunities of Aboriginal and Torres Strait Islander Australians achieving equality in health outcomes.

He currently chairs the NSW Ministerial Advisory Committee on Rural Health, and was recently elected to the governing council of Southern Cross University, where he was made a Fellow in 2008 and holds an Associate Professorship.

Austin Curtin has a lifelong interest in trauma care, skills that have proved valuable in his role as a Reservist with the Royal Australian Army Medical Corps. He performed Army service in Afghanistan in 2014.

Noted Vietnam veteran, Rev Maj (ret) Graeme Davis in the award’s nomination form, “Most wounded soldiers never get to meet face to face the medical team who ‘patches them up’ in an often unfriendly and remote land (I know because I am one such soldier)… it is up to people who survive to speak on their behalf, and say ‘Thank you for saving my life, thank you for giving them a second chance’.”

Austin Curtin also has a strong interest in melanoma and has held an NH&MRC grant to investigate Melanoma Care on the North Coast.

He was supervisor of Surgical Training in Lismore from 1995-2001 and has been involved with teaching medical students in Lismore since 1995. In 2001, he was appointed Sub-Dean (Lismore) of the Northern Clinical School, University of Sydney, and is currently attached to the University Centre for Rural Health North Coast.

He has served on the Board of St Vincent’s Hospital Lismore since 1992 and on the Board of the Northern NSW Local Health District in 2011-2012. He was the inaugural Chair of the NSW Institute of Rural Clinical Services and Teaching (since absorbed into the NSW Agency for Clinical Innovation and the Health Education and Training Institute).

In the words of nominator Graeme Davis, “This city owes people like Dr Curtin a great deal… recognition of his meritorious service and devotion to the community of the surrounding district as a general medical specialist (surgeon) since 1985 goes some way in acknowledging the man he is… Many patients owe their lives to his efficiency and skills…”

It was on their behalf, and that of many others, that the City of Lismore expressed a warm official ‘thank you’ to a practitioner who so richly deserves the honour bestowed.