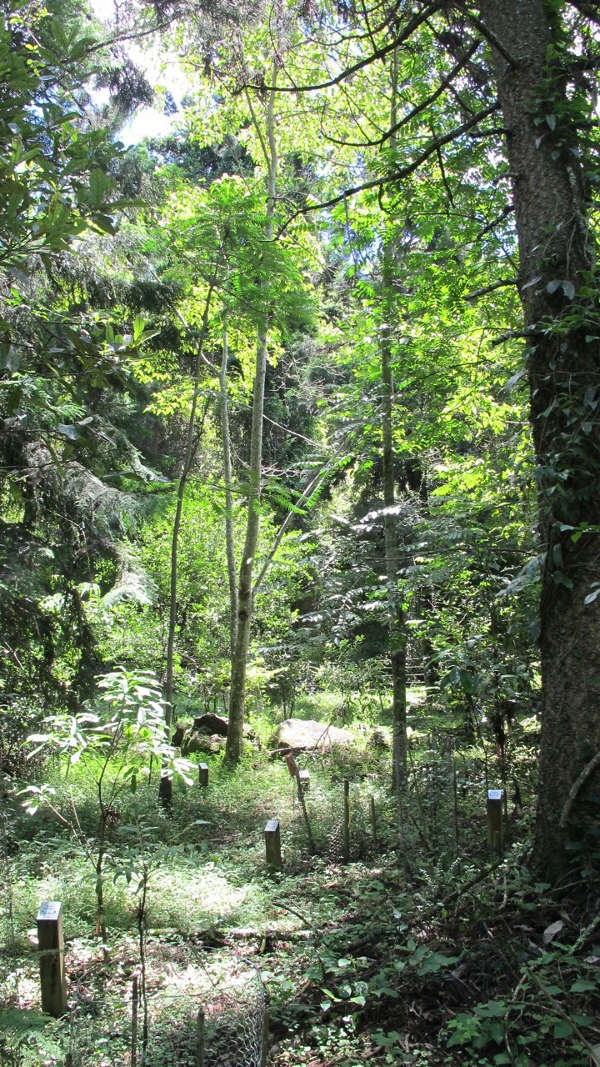 Geoff Walker from the Friends of Lismore Rainforest Botanic Gardens pays homage to a GP who became a towering figure in North Coast botany.

After graduating from The University of Sydney and working for over forty years as a general practitioner in Sydney and on the South Coast, Dr. Calder Chaffey retired in 1986. For many years, as he and his wife Beryl (also a GP) developed the Dapto Medical Clinic, their limited leisure time had been devoted to their family and the growing of Australian native plants, ferns and orchids.

They planned to spend their final years on 1.5ha of basalt soil in Wollongbar, and as they travelled north for their retirement, their trailer was laden with such potted plants.

His passion for botany was heightened when he cleared the lantana from the large gully on his block, to find hidden rainforest plants then unknown to him.

He told me that they chose Wollongbar because it had the best climate, ideal soil and "was close to a good Base Hospital".

Calder and Beryl became collectors of native ferns and amassed quite a library of dried specimens. He built a large fernhouse, complete with automated watering, and began to study eucalypts and Far North Coast rainforest plants.

Calder was truly a scholar and a man of letters. His extensive library included original manuscripts and books written by the early Australian explorers. He joined fern societies and was President of the Far North Coast Branch of the Australian Plants Society. With his hand lens, microscope, leaf press and computer, he became a prolific contributor to native plant magazines and for Landcare. He authored six books on plants and edited several others.

His two Field Guides to Australian Ferns, sponsored by Southern Cross University, broke new ground. These guides described 730 distinct ferns with listed locations from Tasmania to the Tropics. At the time of his unexpected death, he had completed two books on eucalypts and ferns for SCU students.

Calder Chaffey spent many hours engrossed in identifications within the SCU collection and was its guest lecturer on ferns and eucalypts. It was here, using the electron microscope, that he developed a new key for the identification of eucalypts using only the unique markings on the seed capsules of each tree.

After Beryl’s death, Calder travelled widely in Australia, joining expeditions at the invitation of university botanists, and collecting grevilleas in New Caledonia and ferns on Lord Howe Island. In the latter location he re-discovered a rare fern first collected in the 19th Century and thought to be extinct .

One of his last expeditions with botanists was west from Cook, paralleling the Transcontinental Railway, and then north across three deserts to reach and follow The Canning Stock Route in Western Australia.

Calder was involved with the Lismore Rainforest Botanic Gardens from its inception. He and his scribe were a familiar sight as they listed the co-ordinates of all the major flora within the new gardens. Just before his death in 2006, Calder wrote a book on the botanical names of all the plants in the Rainforest Gardens, listing their Latin pronunciations, common names and meanings.

Like his other books, its copyright was presented to The Friends of  Lismore Rainforest Botanic Gardens.

Calder passed away in 2006, before his beloved Lismore Rainforest Botanic Gardens were opened to the public. He and Beryl left two sons, five grandchildren and a legacy for the future of Lismore that will outlive us all.