The organisation under its former rubric, General Practice NSW, had provided State based support for NSW Divisions of General Practice since the inception of Divisions in the early 90s. Under the Labor government's Medical Locals, support organisations at both the State and Federal level were abolished. GP NSW had thus been operating on its accumulated funds, members fees and specific project funding since June 2011. The decision to defund State Based Organisations (SBOs) was not reversed by the Abbott coalition government following its election victory in September 2013. 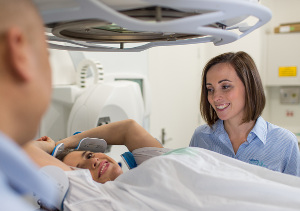 New, world-class treatment for breast cancer patients at Genesis CancerCare Queensland’s centre at John Flynn Private Hospital at Tugun is providing peace of mind and a reduced risk of potential cardiac side effects.

Whilst modern radiotherapy for left sided breast cancer is a well-proven treatment with low side-effects, the new treatment further reduces the risk of radiation injury to the heart.

TPS, a not-for-profit group run largely by volunteers, was the subject of the cover story in the Winter edition of GP Speak.

The Southern Cross University judging panel was impressed by the TPS submission’s presentation of successful and inspiring events, partnerships and advocacies, according to TPS National Project Manager Liza Nagy. 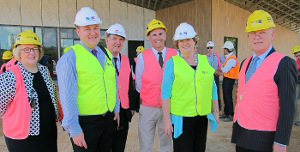 Quality is having information at your fingertips

Sullivan Nicolaides Pathology have clearly been busy innovating and redefining the way in which clinicians and pathologists interact as they bring to market three exciting technology based products.

SonicEdu is the digital version of the Sonic Pathology Handbook — a practical, in-depth reference that has been developed to assist Australian doctors in their day-to-day clinical practice.

Read more: Quality is having information at your fingertips