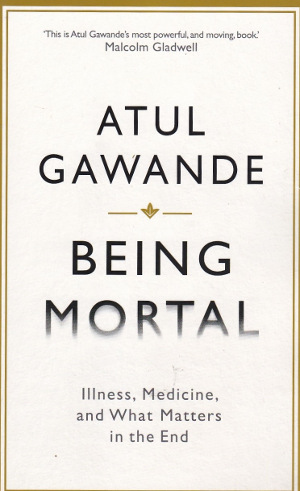 In an earlier review I described Atul Gawande’s The Checkist Manifesto as required reading for those in the medical profession or any line of work that entails identified outcomes, team work and the serious consequences, professional or financial, of error.

The same may be said of this discussion of end-of-life issues, which he encapsulates in the sub-title, ‘Illness, Medicine, and What Matters in the End.’

Dr Gawande explains, “This is a book about the modern experience of mortality – about what it’s like to be creatures who age and die, how medicine has changed the experience and how it hasn’t, where our ideas about how to deal with our finitude have got the reality wrong.”

The backdrop is that, “no single disease leads to the end; the culprit is just the accumulated crumbling of one’s bodily systems while medicine carries out its maintenance measures and patch jobs… The curve of life becomes a long, slow fade.”

He describes this process as One Damn Thing After Another, the ‘ODTAA syndrome’ wherein the “pauses between crises can vary. But after a certain point, the direction of travel becomes clear.”

Spirits fly high in the Tweed 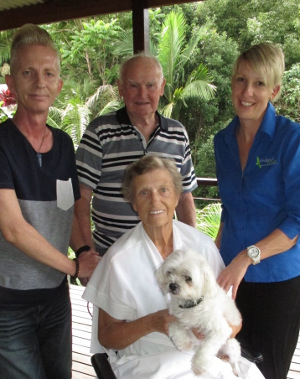 The eagles weren’t soaring when I visited Wedgetail Retreat nestled above the Dulguigan valley beyond Murwillumbah, although the kookaburras, butcher-birds and magpies made up for their absence.

Enhancing the idyllic scene were the distant cloud-capped mountains, a sweep of glistening canefields, and the tranquil gardens of the facility itself, fringed by remnant rainforest trees.

While resembling a North Coast pamper-resort, the facility caters not to ‘health junkies’ but to people (adults and children) with truly life-limiting illness. This is a hospice where the terminally ill, after suitable medical assessment, can spend their end days, or enable respite for their carers, in the most delightful of settings.

Residents may be accompanied or visited by family members, even a companion pet, with the added assurance of nursing supervision. An on-call physician based in Pottsville is also part of the clinical team. 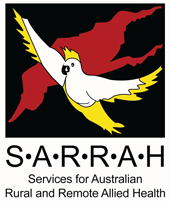 Mr Wilkie, the independent member for the Tasmanian seat of Denison, has long been an active participant in the health debate in his own state, and nationally.

He is co-chair of the parliamentary rural and remote allied health group.

His comments came at the launch of two reports conducted for Services for Australian Rural and Remote Allied Health (SARRAH) as part of an ANU research project.

Dear Life: On Caring for the Elderly 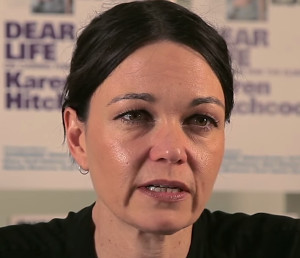 Dear Life: On Caring for the Elderly; Quarterly Essay 57 / April 2015 by Karen Hitchcock

This 78-page essay by hospital staff physician Karen Hitchcock is a timely contribution to the end-of-life discussion that is attracting ever more attention from the medical and nursing professions, patients, families and advocates.

Still largely missing from this debate are the voices of our politicians – many of whom would have elderly and/or ailing family members – whose leadership is vital to the better planning, and funding, of how society supports the waning days of our lives.

The reverse applies at present, as Dr Hitchcock notes: “There are many ways to show that we devalue our elderly, are repulsed by them, terrified of becoming them, ”she writes early in her powerful and pointed analysis.

Read more: Dear Life: On Caring for the Elderly 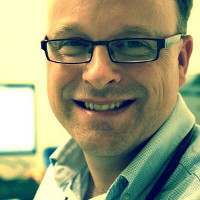 The numbers are telling: About 1,500 UK doctors move to Australia and New Zealand each year. This exodus is causing havoc in England. A GP-shortage creates high workloads and overstretched doctors, and a survey showed that over half of UK GPs plan to retire before the age of sixty. This stressful situation has prompted a coming home campaign to entice doctors to go back to the United Kingdom.

Why are doctors leaving, and, will they move back to save the NHS?

Dr Nathalie Departe is a UK-trained GP working in Fremantle, Western Australia. “I moved to Australia in 2009 for a change of scenery. I had visited Australia before and loved it, so when my husband found himself in a career hiatus, we thought we would enjoy the sunshine for a few years.”

Read more: UK doctors in Australia – Why they won’t be going home any time soon