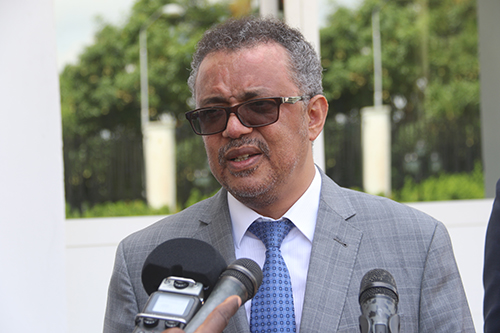 In the lead-up to the American election the wearing (or not wearing) of masks has come to symbolise allegiance to political parties. Mask wearers are said to be Democrat supporters, while opponents, on the basis of ‘civil liberties’, are suggested to be Republicans, or at least right-wingers of a party that continues to support President Trump, despite the administration’s gross mishandling of the COVID-19 pandemic (moving towards 200,000 deaths at the time of writing).

Despite the behaviour gap there has been the shared belief that when a proven COVID-19 vaccine is ready for rollout we can put away the masks and the hand sanitiser, and get ready to resume business and social life as usual.

That may be the hope, but as the head of WHO, Dr Tedros Adhanom Ghebreyesus, said in late August, a COVID-19 vaccine will not be “a silver bullet”, and the world should expect the coronavirus to be with us until 2022. On the upside, he added, this would be a shorter life than what was experienced with the devastating (and misnamed) Spanish flu.

Of course, this is all in the future, so let us focus on the here and now, even if this seems to change on almost a daily basis. Amidst the global race to develop a vaccine – with Russia, ever hopeful for public relations credits, claiming a doubtful victory – a leader has been Oxford University, and its commercial partner, AstraZeneca, has signed a contract of intent with the Australian government to supply 25 million doses.

Announcing this in late August PM Scott Morrison said the free vaccine would be made "as mandatory as possible", although he walked back the comment a few days later to say that nobody would be “forced to be vaccinated”.

One group concerned about mandating was the influential AMA, which said that while it was “very supportive of vaccination generally” it felt governments should not compel Australians to get a COVID-19 vaccine, warning that a fast-tracked approval process could create a risk of harmful side effects.

Another group, concerned not by caution but ‘civil rights’, was Pauline Hanson’s One Nation. On the coat tails of the PM’s comments Sen. Hanson released an impassioned video saying, “I’m not happy about this. I’m quite angry because you have no right to say that I have to have this vaccination, because I tell you what, I won’t be having it… I don’t have the flu vaccination, that’s my choice, even though I know 1200 Australians died last year, yet you never shut down the country.”

The senator, who holds a key vote in parliament and generally supports the government, went on to claim that the coronavirus death toll had been exaggerated, alleging, “When you falsify the deaths of people that say they died of COVID when they actually died of other underlying issues … to put a vaccine into my body that hasn’t been tested is not happening.”

Along with state border closures and tight restrictions on Australians wishing to travel overseas, the vaccination issue highlights how a public health concern has moved from a bipartisan consensus to a politically divisive issue with the potential to impact on the health of many Australians.