Radiotherapy for skin cancer – an overview 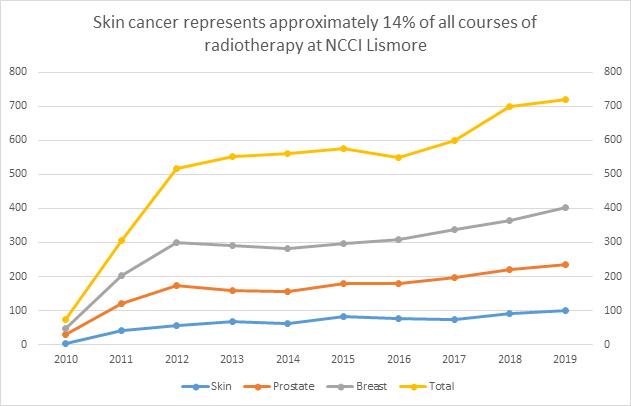 For NMSCs, radiotherapy can be used as the sole definitive treatment modality, or in the adjuvant setting for tumours with high risk features to reduce the risk of local recurrence (see table below). Definitive radiotherapy may be considered for patients who are not a surgical candidate, present with an inoperable lesion, or where excision would produce loss of function or unacceptable cosmesis. Randomised data comparing different  treatment modalities are lacking, however large series data report local control rates with radiotherapy in the order of 90-95% and excellent or good cosmesis in >90% of patients3-7. Merkel cell carcinomas (MCCs) are  aggressive neuroendocrine tumours with high propensity for regional and distant metastases. MCCs are  exquisitely radiosensitive, with two meta-analyses confirming the benefit of adjuvant radiotherapy, which is  associated with significant improvement in locoregional control and overall survival compared to surgery alone. MCC may also be managed with definitive radiotherapy alone, with reported in-field control rate of  75%8.

At NCCI, skin cancer is the 4th most common tumour type treated.

The location, size, depth and overall volume of the tumour dictates which modality of radiotherapy is most  suitable. According to the clinical parameters, patients at NCCI may be treated using superficial radiation therapy (SXRT) or external beam radiotherapy (EBRT).

SXRT is used to treat small tumours in eloquent and/or technically challenging locations such as lesions near the eye or nose. Majority of skin cancers are treated using EBRT, including superficial tumours that are not suited for SXRT and for tumours where larger and more complex volumes require treatment.

Technological advances in radiotherapy mean that complex surfaces such as scalp or regional lymph nodes can be treated at NCCI using modern EBRT techniques such as intensity modulated radiation therapy (IMRT) or volumetric modulated arc therapy (VMAT). These techniques allow for a sophisticated delivery whereby the high doses of radiation can be delivered to clinical regions at risk whilst minimizing unnecessary side effects.

Radiotherapy referrals to NCCI are received either directly (via general practitioners, surgeons or  dermatologists), or more complex cases are discussed and referred through a multidisciplinary team meeting (MDT) pathway. Our local MDM is held fortnightly, and typically attended by surgeons, radiation oncologists, medical oncologists, pathologists and radiologists. We welcome the involvement of general practitioners at the meeting, which can attend either physically or virtually at Lismore Base Hospital. 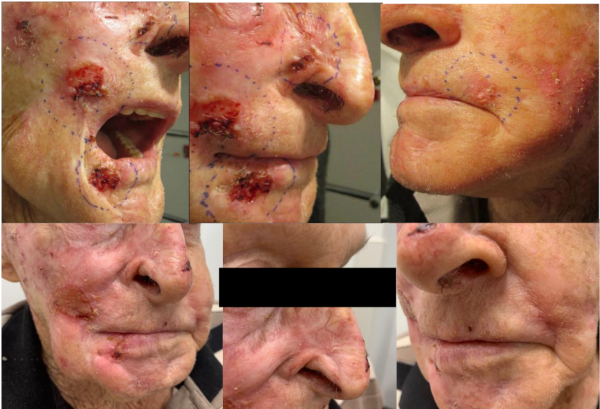 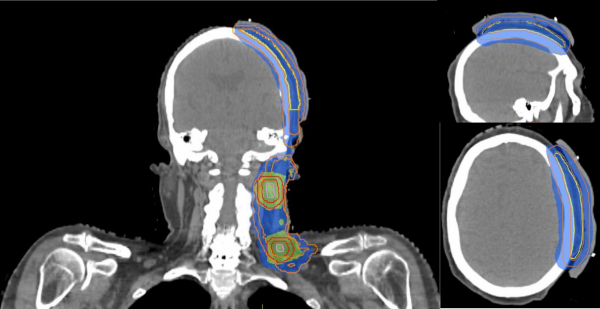 This figure illustrates a complex radiotherapy plan using VMAT technique for patient with high risk cutaneous SCC with pathological lymph nodes in the left neck. The blue and green highlighted areas represent the differential dose prescription to the overall volume, with a higher radiation dose prescribed to the pathological  macroscopic neck nodes.

About the author - Dr Shreya Armstrong 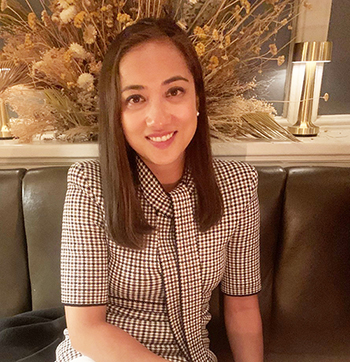 Shreya completed her specialist training in Radiation Oncology in 2014, having undertaken the first two years of training in New South Wales at Newcastle Calvary Mater Hospital and Lismore Base Hospital, before going on to Royal Brisbane and Women’s Hospital and Princess Alexandra Hospital. She subsequently undertook the Windeyer Fellowship at Mount Vernon Hospital in the United Kingdom specialising in brachytherapy for urological and gynaecological malignancies.

She has had several papers published and has presented at clinical research conferences both nationally and internationally.

Shreya has a special interest in cutaneous, central nervous system, gynaecological and urological malignancies, as well as palliative radiotherapy for all tumour sites.

Shreya returned to the beautiful North Coast having been impressed by the area and its community when she first came as a registrar.

She can be contacted through the NCCI or at This email address is being protected from spambots. You need JavaScript enabled to view it. or mobile on 0428 128 436