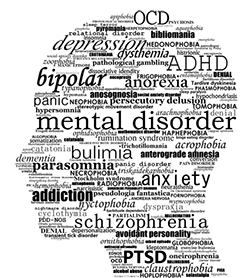 The report identified many shortcomings in the mental health system – otherwise, presumably, there would have been no need for the government to commission such a major inquiry. In this regard it resembles the findings of the Royal Commissions into aged care and disability services, previously covered in this magazine. Not surprisingly, there is a degree of overlap, as the focus of all such investigations are Australians who, in one way or another, might be regarded as ‘doing it tough’.

The commissioners note that, “Australia’s mental health system does not focus on prevention and early intervention. Too many people are treated too late. Young Australians at risk and their families cannot easily access support. And those with developing mental health problems can face a bewildering array of unpredictable gateways to care: they know what services they need, but timely access is not possible.”

They add, “Our recommendations aim to refocus the mental health system, recognising the truth in the adage that ‘prevention is better than cure’.”

As with all such reports, the onus for action rests with the government, which controls the coffers that must be utilised to effect most of the identified reforms. Improve the experience of mental healthcare for people in crisis? Tick. Improve outcomes for people with comorbidities? Tick.

“Australia’s mental health system does not empower those who need it,” the commissioners continue.

“People with mental illness often have little say in their own treatment and are deprived of the information and other resources that they need to manage and make decisions about their own care.

“Providers of clinical and community services too often deliver what they think consumers need, sometimes based on ill-informed assumptions about the decision-making capacity of the consumer and sometimes based just on the symptoms presented to them rather than a holistic view of the individual.

“Our recommendations aim to empower the service users, in partnership with their families and carers, to have real input into the health decisions that affect their lives. In part, this will require community-wide efforts to reduce the stigma that acts as a barrier to informed choice and deliberate steps to prioritise the recovery of people within their communities.

“Put simply, Australia’s mental health system is not ‘person-centred’. It should be.”

While attitudinal change certainly has budgetary implications, money alone cannot solve all the problems identified, given the dimension of the challenge: in 2014-15, four million Australians reported having experienced a common mental disorder, and as the report notes, “Employers, not-for-profit organisations and carers also play key roles in the mental health of Australians. Many businesses are developing initiatives to support and maintain positive mental health outcomes for their employees as well as helping employees with mental ill-health continue to participate in, or return to, work.”

The government has welcomed the near-final report (the first draft was reported in GP Speak in Dec 2019) and invited comments (closing 10 Feb 2021) on the recommendations. The ball is now back in its court to determine what action will be taken, and within what timeframe. Millions of Australians, including their family members, friends, carers and treating clinicians are eager to see the responses.