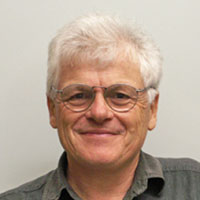 As we digest the 2015 Intergenerational Report, which was tipped to surprise, or even shock us, care should be taken about how the trends identified may impact on our older population.

The language is often around the ‘burden of chronic disease’, and whether the nation can afford to provide high quality service for an ageing population in the longer term.

The impact of this can result in older people with advanced disease thinking they are a burden on their families and on the health system. The latest Quarterly Essay (issue 57), by Dr Karen Hitchcock, a staff physician in general medicine at a large city public hospital, suggests the medical profession may declare a situation hopeless and further treatment futile, despite encountering a number of older people when such a view could be questioned. She cites a number of compelling and emotional stories to illustrate her views, based largely on her own family and experience with older patients as a treating general physician.

One of her concerns is Advanced Care Directives (ACDs) – once bearing the more ominous name of ‘end of life plans’ - which have gained much popularity in recent times. Some are touting these as the answer to avoiding expensive end of life care. As an example, Kate Carnell, CEO of Australian Chamber of Commerce and Industry on ABC’s Q&A 17 March 2015 said all older Australians should have an ACD to address futile overtreatment that contributes to rising health costs.

Judgment even for the best trained physician as to what treatment could be regarded as “futile” is fraught with danger. So often people with advanced chronic disease live longer than we predict, while others can die unexpectedly. Our judgment tends to be subjective and can be clouded by experiences with other patients, family pressures, hospital bed resources and health cost issues.

A recent paper from the Simpson Centre for Health Services Research, South Western Sydney Clinical School, UNSW was published in the BMJ1 has attempted to address this issue in the acute emergency hospital setting. A newly developed checklist screening tool called CriSTAL - Criteria for Screening and Triaging to Appropriate aLternative care - is aimed at reducing the uncertainty around who are likely to die within the next three months and helping to initiate useful discussions with patients and their families about end of life care.

In the current general practice setting it is good medical practice to discuss an ACD for people whom we believe are within six months of dying.

Whether we should encourage all people around 70 years of age or older to have an ACD is questionable. Whilst there has been a push for this over the last few years there can be problems with this approach due to changing circumstances in people’s lives. In addition ACDs really should be regularly reviewed and updated and this may not happen. Once the ACD box has been ticked the matter is usually left alone, and plans sanctioned by the patient rarely, if ever, revisited.

There is research to show that with proper assessment, planning and end of life care for individuals, including an ACD, a number of positive things will follow from this2. For example, the level of active intervention requested by the patient and families/carers will be moderated, the carers and families will cope better and the bereavement process will be less traumatic for those close to a person who has passed away.

As can be seen, and as common sense would dictate, the recommendation for an ACD cannot be based on a precise science but rather on good communication with the patient, carers and family. GPs and their practice nurses who know the patient well are ideally placed to have these discussions with patients with advanced disease.

If the CrisTAL screening checklist is trialled in selected hospital emergency departments, as is being planned in Sydney3, close liaison with local GPs and palliative care teams is essential in this process. This is another good reason for the roles of the primary health teams and the State’s Local Health Districts to be well aligned in the interests of good quality and affordable end of life care.