Dear Life: On Caring for the Elderly 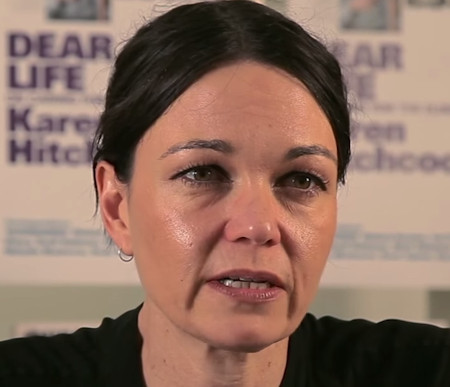 Dear Life: On Caring for the Elderly; Quarterly Essay 57 / April 2015 by Karen Hitchcock

This 78-page essay by hospital staff physician Karen Hitchcock is a timely contribution to the end-of-life discussion that is attracting ever more attention from the medical and nursing professions, patients, families and advocates.

Still largely missing from this debate are the voices of our politicians – many of whom would have elderly and/or ailing family members – whose leadership is vital to the better planning, and funding, of how society supports the waning days of our lives.

The reverse applies at present, as Dr Hitchcock notes: “There are many ways to show that we devalue our elderly, are repulsed by them, terrified of becoming them, ”she writes early in her powerful and pointed analysis.

“They have been and remain the last priority in our medical system and the ones we target first with our austerity measures… The solutions are not simple. My chief aim is to strike a note of caution and to make explicit something that often remains unsaid and yet can be heard quite clearly: that the elderly are burdensome, bankrupting, non-productive. That old age is not worth living.”

The aged are blamed for the need to “ration health care”, she says, rather than the targeting of known waste such as mass pharmaceutical over-prescription, the over-servicing of patients in the private sector, and Medicare payments for useless or harmful interventions.

As might be expected, the controversy peaks around the topic of end-of-life decision making, notably about “what should we consider a sound motivation?”

With many elderly fearing they are an encumbrance to their loved ones, clinicians must ensure they do not intensify the feeling of burden: “We must be cognisant of it and attempt to alleviate it: take the person in, let them know we carry them.”

Then, in a line encapsulating the essay, she adds, “When placing limits on treatment, it is sometimes far from clear whose distress we are seeking to curtail.”

Her discussion of advanced care directives is sited within this context, one noteworthy aspect being that the vast majority of ACDs, once signed, are never revisited for review.

Dr Hitchcock notes that while most adult Australians express the wish to die at home, only 14 per cent actually do, with half dying in hospital, and one-third in nursing homes.

The fact is that an ideal end, what she dubs a “caesarian-section death” – pre-planned, well timed, excretion-free, speedy, neat and controlled – is extremely difficult to manage in the home setting, and as a fellow physician tells her, “Hospital is not a bad place to die… People really aren’t preoccupied by their environment when they’re dying. It’s the people around them and the care they receive that matter.”

The author adds, “In my experience, most families and patients do not want to go home once dying begins. If they do, services are terribly sparse.”

This brings us back to the politicians whose silence on such matters is so conspicuous.

“Right now, we need the resources to care better for the elderly in the institutions we have imperfectly built, and we need adequate supports and deep social transformation so that many more people can live on in their communities and homes.

While the essay focuses on the elderly, the author also discusses the other end of the age spectrum, arguing that the oft-raised challenge of ‘health-system sustainability’ requires “urgently addressing the poor health of the younger generations.”

In words that should be more prominent in documents like the 2015 Intergenerational Report, she writes, “The real tsunami is not one of age per se, but of a population of increasingly poor, obese, diabetic, sedentary young and middle-aged who are the multi-morbid patients of the future and who will require many drugs, doctors, operations (joint replacements, bariatric surgery, amputations, coronary vessel interventions) and hospitalisations.”

She feels government has neglected its responsibility to encourage this demographic’s wellbeing, lamenting the demise of the Australia National Preventative Health Agency, and what she calls the ‘defunding’ of Medicare Locals.