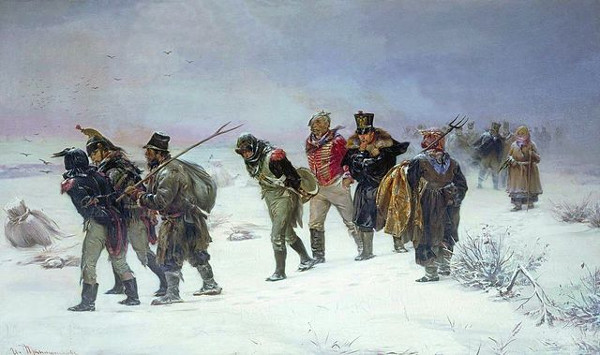 As previously noted in these pages a Winter Strategy is a wise precaution for invaders of Russia and health bureaucrats alike.

2017 was the first year of a joint project between the Northern NSW Local Health District and the North Coast Primary Health Network aimed at reducing the number of admissions to hospital over the winter for patients with preventable disease, particularly with the complications of influenza infection.

The strategy involved improving flu vaccination rates in the elderly and improving communication with hospitals, both on admission and discharge. However, the main component of the project was resourcing general practices to take a more active role in managing their sicker patients.

There were three aspects to improving GP care. Firstly, all these patients had a shared health summary that was readily available to other health practitioners. The electronic My Health Record was the favoured option. However, it is new technology with some early implementation problems that made it difficult for many practices to use and virtually impossible for all elderly patients. Previously practices on the North Coast had found a paper-based, patient-held record the most functional format for communicating clinical information.

The second component was for each patient to have a chronic disease management plan. Care planning has matured over the 12 years since it was first introduced in 2005 and many patients already have these in place.

The third, and newer, component was to have a Same Day Action Plan. This document details what patients should do if their condition worsens. Plans for diabetes, heart failure, COPD and renal disease were developed and published on HealthPathways, the North Coast repository for local protocols and resources.

The 2017 Winter Strategy was developed and rolled out under a very tight time frame. It is a tribute to the co-ordinators and participants that significant inroads were made into “winter wellness” management. Many mistakes were made but much was learnt in the process.

Despite the problems encountered, all parties acknowledged that it takes several years to bed down changes in workflow and reporting when they involve multiple parts of the healthcare system.

Preparations for Winter 2018 started early, in December 2017, with an extensive debriefing of the previous year’s participants. As a result of this feedback, the plan for the current year is to run the program as a mini collaborative.

Collaboratives are a change management tool familiar to many North Coast practices as a result of their previous involvement with the Improvement Foundation and the North Coast Integrated Care Collaborative of 2015-2016.

The structure provided by the collaborative process will be welcomed by participating practices in the Winter Strategy, with a clearer understanding of the goals, better communication between the practices and two workshops for practices to share the knowledge they have gained. In the jargon of the Collaboratives, they can “Share generously. Steal shamelessly.”

With last year’s experience behind them, it will not take practices long to organise their teams and to choose, recruit and monitor their high risk patients. They are now familiar with the tools and have the systems in place to follow their patient’s status, catch deterioration at an early stage, and refer those patients to the hospital when that cannot be managed at home.

All this will continue in the 2018 strategy but the focus for the coming year is patient self-efficacy.

Thirty years ago Australian epidemiologist Sir Michael Marmot documented in British civil servants the positive correlation that higher rank had on health outcomes. While the exact mechanism is still debated, some argue that it is the ability to control one’s environment that determines the outcomes.

Putting patient centred care into practice has been shown to be difficult for both GPs and specialists. We tend to focus on the numbers and the targets without ever exploring how the patient might get there, or even, if they think it is a worthwhile goal.

To assess patients’ attitudes and personal health rating, they will complete two surveys, one at the start, and then again at the end of the program. These patient-reported experience and outcome measures both set the agenda for the individual patient and provide a framework for evaluating the Winter Strategy as a whole. 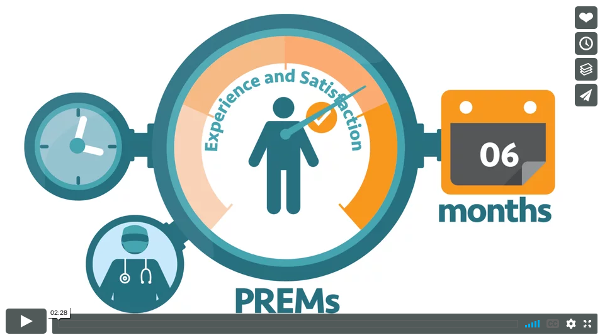 Patient Reported Measure from the ACI

Clinicians will also be asked about their experiences of the program. Areas to be covered include whether the admission and discharge notification system worked well and improved care, whether there was better integration of the LHD’s Chronic Disease Management team with the surgeries’, and whether services external to the hospital, such as physiotherapy and exercise physiology, were utilised to good effect.

The experience of Winter Strategy 2017 suggested that patient selection had been appropriate. Analysis of the data showed that nearly a third of the enrolled patients had an unplanned hospital admission and a significant number of other patients had also attended Accident and Emergency. It has been suggested that for 2018 the hospital may undertake further analysis of unplanned admissions for patients not on the program but who may have benefited from inclusion.

It is also planned that some practices will measure the timeliness of automated admission and discharge notifications as well as discharge referrals. Improving these parameters should make patient care far more streamlined.

Despite its early teething problems the program has been judged a success by practices, with 92% of respondents stating they will take up the program this year.

Many practices are looking forward to engaging with their patients on the same-day action plans and ensuring that the patients understand their role in their care and feel confident in taking the next step in their plan if their condition starts to deteriorate.

Health coaching, motivational interviewing and fostering patient empowerment to implement their plan is an exciting new task for many practices and their Chronic Disease Management (CDM) teams.

Many participants are interested in continuing the program beyond 2018, depending on continuing funding. The cost for 2017 was relatively modest at $158,760 and if clinical benefit can be shown it would be foolish to stop.

One area that could be usefully looked at in the future is greater involvement with community pharmacy both within the practice and after hospital discharge.

Winter is coming but the supply chain has improved. Hopefully death and destruction can be kept to a minimum in this and future years.