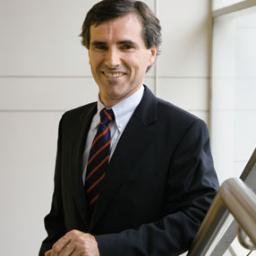 “Half the money I spend on advertising is wasted; the trouble is I don't know which half”. This aphorism is attributed to the founder of the first major American department store, John Wanamaker. It might be argued that the same can be said of medical care.

The Medical Benefits Review Taskforce (the Robinson Review) is drawing to a close. Set up in 2015 by then Health Minister, Sussan Ley, at the suggestion of the Dean of The University of Sydney Medical School, Professor Bruce Robinson, the review has aimed to modernise and rationalise the 5700 odd items on the Australian Medical Benefits Scheme (MBS).

Many of the item numbers had not been reviewed in over 30 years, were outdated or redundant, or just sufficiently vague as to being open to “innovative” interpretation.

Taking longer to complete than expected, the Review established 70 Clinical Committees to look at various aspects of the MBS. The Committees comprised clinicians with domain expertise as well as representatives from medical practitioners in associated disciplines, general practitioners and consumers. The aim of having a more broad membership on the Committees was to avoid potential claims that the Committees might just feather their own nests.

Most of the Committees have completed their work. Their recommendations have been made available to the public for comment and also have been sent to the various specialty Colleges for feedback. The last step in the process will be for the Taskforce to review the Committee reports and associated feedback before sending their own final report to the Minister. Not unexpectedly, some in the profession are not happy with various recommendations.

Last month, in his most candid speech to date on the Review, Professor Robinson noted the wide variation in some procedures in different parts of the country. The variations were so large that they could not be explained by patient demographics or service accessibility. Professor Robinson went so far as to state that 90 to 95 per cent of practitioners followed usual practice, implying that 5 to 10 per cent pushed the limits of acceptability.

The Review has been criticised for its recommendations not being evidence based. However, it commissioned some evidence based reviews and the Clinical Committees were charged with looking at the available scientific literature in their specialty areas.

Nevertheless it was acknowledged that in many areas there is no evidence base, a point that neurosurgeon Brian Owler also made when he was the AMA president in 2015:

The Taskforce has deliberately not undertaken a repeat of the failed MBS Relative Value Study that ran from 1994 to 2001 but was never implemented. However, it looked broadly at the income generated from claiming MBS items. Professor Robinson’s estimate is that such claiming roughly equates to an hourly rate of $250 to $500 although there are some clear cut outliers on both sides of this band.

Reflecting this approach the Specialist’s Clinical Committee has proposed several changes for physician reimbursement, including a “move away from initial and subsequent consultations, differential rebates for specialists and consultant physicians and additional payments for complex planning, to a time-based structure similar to that applied in general practice”.

The Committee has also recommended a progressive reduction in the telehealth component  of consultation item numbers to zero. It recommends the savings achieved be reinvested in promoting the health and economic benefits of telehealth for specific patients to the medical and general community through education programs run by Primary Health Networks and others.

To improve communication between practitioners Case Conferencing is to be specifically supported by Discharge Planning and Community Case conferences. They also recommend a new Treatment Planning Case conference that may allow patients to make a more informed decision about their future treatment options.

The Committee envisions discussion of evidence based clinical practice guidelines, transparency regarding costs of specialists’ services and documentation of discussion of the patient options in the proposed treatments.

Finally they recommend uploading of these Case Conference documents to the My Health Record. They propose underwriting the cost of doing this by giving incentive payments to physicians for uploading a minimum number of documents. This would be analogous to the current scheme available to general practitioners for Shared Health Summary uploads.

The changes may significantly alter clinical practice for some specialists while having little impact on others.  Unsurprisingly, those below the band $250 to $500 band are seeing value in the review, while those above see the government seizing on the high value items to cut them by more than 50 per cent.

The Australian Society of Anaesthetists has called for Professor Robinson’s resignation, portraying his speech as “betraying an unprofessional approach that seems to underlie aspects of the rushed review and should lead to his removal.''

For general practitioners the thrust of the review is to incorporate aspects of the Medical Home model of care into the MBS. Chronic disease patients and the elderly could register with their preferred “Medical Home” general practice and receive streamlined and ongoing managed care and timely medication reviews, and get easier access to allied health services.

Longer consults would be encouraged by creating a Level E, 60-minute consultation and making Level B consults at least six minutes. There would be a higher rebate for home visits for those patients on a care plan.

In an earlier forum in 2015 Professor Robinson had said his focus was on making the MBS more efficient and “not to save money.'' The government undermined this approach at that time by cutting 23 items from the MBS and axing bulk billing incentives for pathology services.

That was yet another low point in the profession’s relationship with the government and given its experience of government actions over the decades doctors are justly sceptical that the MBS review would not be used to further cut medical incomes. It seems likely that Professor Robinson’s review may yet join those of Professors Jackson and Horvath as simply a tool for furthering the government’s political agenda.