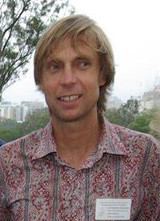 The Northern Rivers General Practice Network has continued to support and advocate on behalf of general practitioners over the last 12 months. It has represented general practice through its membership of the North Coast Primary Health Network and from members’ participation in the Northern Clinical Council of the NCPHN.

Areas of particular focus for the NRGPN in the Council have been information and communication technology, Aboriginal health, improved care of refugees and arguing for better integration of health care between the NSW State run local prison system and the better funded and organised Medicare system.

We have remained active in media. GPSpeak is published four times per year focusing on issues of greatest relevance to our community. The magazine’s strap-line of “North Coast Health Matters” encapsulates our concern for all health issues in our area, at both primary and secondary care levels.

Our newsletters go out to over 200 subscribers, comprising local medical practitioners, health bureaucrats, politicians, the news media and health industry, in other words those wanting to keep tabs on the views of those at the coal face in health care.

The NRGPN has also supported local medical education through its publications and online media presence. More recently it has added video to its services.

Nordocs, which has now hosted two symposiums, is a loose association of general practitioners, specialists and doctors in training in the Northern Rivers. It has grown in size over the last two years and now has more than 180 members.

A major focus of Nordocs has been its annual conference in June where local practitioners can present on topics of interest or importance to the health system and their colleagues.

Most of these talks have been recorded and are available through the GPSpeak website along with the accompanying slides and other resources. This is a great way for North Coast  doctors to keep up with the latest in healthcare from local practitioners who can share their expertise and knowledge of how care can best be delivered in our area.

The Northern Rivers General Practice Network was formed in 1993 to support local general practitioners in improving the health of their community. Following changes in government policy it has been a self-funded, independent organisation since 2013.

The NRGPN has just over half a million dollars in assets and has managed to maintain its financial viability over the last six years. This, however, has been at the cost of severely restricting its activities and the relevance of the organisation to local general practitioners has been questioned.

To address this issue it has been suggested that the NRGPN refocus its activity on education and improved liaison with other specialist colleagues.

To this end it is proposed that the Constitution be amended to include specialists and doctors in training as full members and that the organisation be renamed Nordocs. It is also proposed to widen the group’s footprint to extend from the Tweed to Grafton, mirroring the footprint of the Northern NSW Local Health District.

The amendments to the Constitution will be voted using the GoVote online voting system and the results will be announced at the NRGPN Annual General Meeting on the 19th of December, 2019 to be held in the Education Room of St Vincent’s Hospital, Lismore.

I encourage all current NRGPN members to vote on this resolution and recommend its passage as a way of continuing to improve the healthcare of our community.