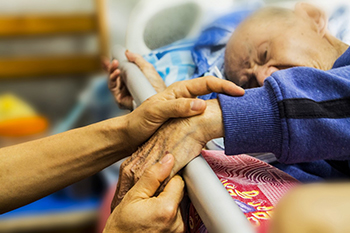 The Australian aged care system fails to meet the needs of its older, vulnerable, citizens, does not deliver uniformly safe and quality care, is unkind and uncaring towards older people and, in too many instances, it neglects them.

So reads the Interim Report of the Royal Commission into Aged Care Quality and Safety a detailed document with the stark title of “Neglect”. It was released on 25 November 2019, almost a year before the final report is due.

Commissioners Richard Tracey and Lynelle Briggs’s investigation into Australia’s aged care system led them to describe it as “a shocking tale of neglect”, and “far from the best that can be done. Rather, it is a sad and shocking system that diminishes Australia as a nation.”

In the report tabled in Parliament the Commissioners identified three areas where immediate action can be taken: providing more Home Care Packages to reduce the waiting list for higher level care at home; responding to the significant over-reliance on chemical restraint in aged care, including through the seventh Community Pharmacy Agreement; stopping the flow of younger people with a disability going into aged care; and speeding up the process of getting out those young people who are already in aged care.

On the day of tabling the report PM Scott Morrison told media he would not have called the Royal Commission if he had expected the outcome to be any different to what it has been, and announced a $537M million package to boost home care, reduce the use of ‘chemical restraints’, and get younger people out of residential aged care.