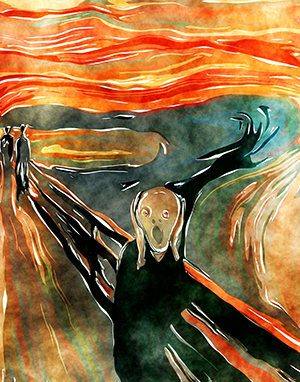 The Commonwealth’s highly regarded Productivity Commission has launched a two-volume draft report on Australia’s mental health status, the prevention and early detection of mental illness, and treatment for those who have a diagnosed condition.

As might be expected the picture is anything but rosy, with the commissioners noting that, “The treatment of mental illness has been tacked on to a health system that has been largely designed around the characteristics of physical illness.”

Disturbing statistics justified their findings: in any year approximately one in five Australians experiences mental ill-health, with the cost to the economy of mental ill-health and suicide being put, conservatively, in the order of $43 to $51 billion per year.

Additionally, there is a cost of approximately $130 billion associated with diminished health and reduced life expectancy for those living with mental ill-health.

In a 50-page section of draft recommendations and findings the commissioners listed five “substantial” reform areas that would “set Australia on a path for maintainable long term reform of its mental health system.”

These are: Prevention and early intervention for mental illness and suicide attempts; Close critical gaps in healthcare services; Investment in services beyond health [including long-term housing solutions]; Assistance for people with mental illness to get into work and enable early treatment of work-related mental illness; and, Fundamental reform to care coordination, governance and funding arrangements.

Noting that, “Almost half of all Australian adults will meet the diagnostic criteria for a mental illness at some point in their lives,” they said, “the inquiry is about a generational change. Community awareness about mental illness has come a long way, but the mental health system has not kept pace with needs and expectations of how the wellbeing and productive capacity of people should be supported.”

Progress, they added, “has been patchy”, with the right services often not being available when needed, leading to wasted health resources and missed opportunities to improve lives.

Commissioners on the inquiry are Professor King from Monash University, Ms Julie Abramson, Council Member and Chair of the Regulatory Risk Committee of the Photography Studies College, and Professor Harvey Whiteford, Fellow of the Royal Australian and New Zealand College of Psychiatrists and a previous Director of Mental Health for the Australian Department of Health and a National Mental Health Commissioner.

Written submissions or comments on the draft report are invited by 23 January 2020 and/or by attending a public hearing (the last of which is on 9 December 2019 in Launceston.

The final report will be prepared after further input has been received and will be forwarded to the Australian Government by the end of May 2020.