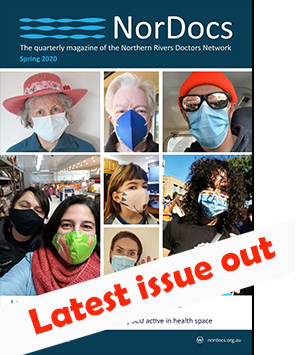 Theatre riches coming to us soon 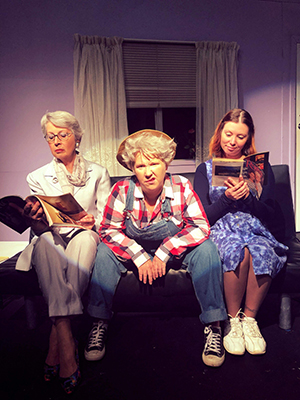 Spearheaded by high-profile professional productions from the NORPA company, starting with comedian Jonathan Biggins’ acclaimed The Gospel According to Paul [Keating], this year’s show season in the Northern Rivers is shaping up as the best ever. Highlights range from Priscilla; Queen Of The Desert (with a live band) and Mamma Mia, both by Ballina Players, to Lismore Theatre Company’s Educating Rita at the newly upgraded Rochdale Theatre in Goonellabah.

Hot on the heels of Biggins’ one-man show comes Ballina Players’ Dial M for Murder, the inspiration for the 1954 film directed by Alfred Hitchcock, and an ideal piece for live theatre. The Swift Street theatre’s table configuration is ideal for an informal night out (or matinee), with wine and other refreshments available, and shows book out quickly.

Last year’s season ended with an excellent production of the musical Wicked, The Untold Stories of the Witches of Oz, with three GPs in the cast (Luke Hogan, strutting his stuff in fetching tights, and Ann Staughton and Laura Taylor in the ensemble). The volunteers who keep this company running so well include Warwick Binney, whose family funeral business in Lismore is well known, and Jacquie McCalman whose husband Craig is an anaesthetist and ICU specialist in Lismore.

Lismore Theatre Company is facing a big 2020 in the freshly painted and refurbished Rochdale Theatre, according to its president and frequent performer, Sharon Brodie: “I am so happy that our beautiful theatre has had this make-over. We love this place that creates wonderful theatre and connects our community. It’s also perfect timing as we approach our 50th anniversary later in the year.”

LTC received a grant of $29,123 from the State Government’s Create NSW and, together with $7000 from Lismore City Council and $6000 of LTC’s own funds, a total of $46,8883, including in kind contributions, has been spent on the refurbishment of the theatre.

The grants funded the installation of air conditioning in the auditorium and the supper room, repairs to the vintage red brocade raked seating and painting of the building. To complete the works, new signage and a new roof are being added.

Sharon said, “The first show for the year, the fabulous Educating Rita, opens on March 20. Rehearsals for that show and the pantomime Puss in Thongs to be staged in the Easter school holidays are now so much more comfortable with air conditioning.”

The not-for-profit NORPA needs little introduction, having been established through the enthusiasm of now-Opera Australia head Lyndon Terracini and a team of theatre-deprived volunteers more than 20 years ago. Productions over the years have included some of Australia’s best touring acts, such as Bangarra, Robyn Archer and Bell Shakespeare Co.

Now well established at the refurbished Lismore City Hall, with outreach shows in community settings, NORPA’s annual season is an event in itself. This year includes the 91-Storey Treehouse, US alt-country superstar Patty Griffin, Animal Farm, some top-notch physical theatre and an original show from Yaegl Country.

We are now being offered shows of a standard the area deserves, and sincere thanks are due to the many dedicated volunteers, both on-stage and back-of-house, whose efforts make this possible.

Certainly, let us continue to enjoy Netflix, Stan etc but do run your eyes over the offerings from these theatre companies and see what might appeal for an enjoyable and convivial night out. You won’t be disappointed.