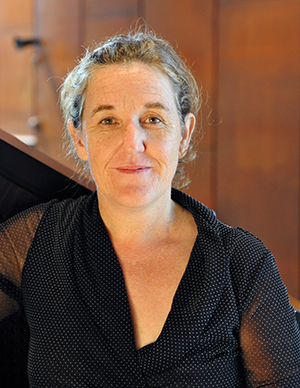 Justice Reinvestment (JR) is a strategy for reducing the number of people in prison by investing funds drawn from the State’s Corrections budget into communities that produce large numbers of prisoners. JR suggests that money can be more productively spent through diversion of a portion of government funds earmarked for spending on prisons back into communities with high rates of offending and incarceration.

This represents a shift in spending, not an increase.

There were 13,475 people in NSW jails in March 2019, about 13% more than five years ago. Almost 30% of them are Indigenous. It is clear that the community would rather see money invested in diversion and prevention.

JR is a framework for action and argues that it makes little economic sense to continue to spend vast amounts of government money on prisons as a primary response to crime, other than in the case of more serious or dangerous offenders.
According to JR, imprisonment doesn’t generally enhance the safety and wellbeing of communities, leading instead to increased rates of imprisonment. High rates of Indigenous incarceration occur at an inter-generational level within Indigenous communities and this cycle feeds the very same social problems which cause offending in the first place such as family and community fragmentation.

JR has been around in Australia for almost a decade and interest in it is growing. It is always community driven and place-based. In Australia, JR operates in NSW, Western Australia, South Australia, the ACT, Queensland and the Northern Territory under various organisations. It involves four main stages:
• ‘Justice mapping’ - analysing criminal justice data and cross-referencing this against indicators of disadvantage and available services
• Developing options for reducing offending and generating savings
• Implementing reforms, quantifying savings and reinvesting in communities. Reinvestment may include funding in anticipation of future savings; and
• Ongoing monitoring and evaluation.
Importantly, while JR may involve some reform of the criminal justice system it would also generally include introduction of culturally secure, community-based (and ideally also community led) strategies and programs to keep people out of the justice system as first or repeat offenders. For instance, programs that improve access to housing and education, that provide alcohol and drug rehabilitation or job training.
JR seeks to build the capacity of community to identify and take ownership of causes of and solutions to local criminal behaviour. In an Indigenous context, this approach provides an opportunity for self-determination.
JR also uses criminal justice and other data to determine how and where best to allocate public funds to reduce crime. It is JR’s focus on economics, data mapping and place-based responses to offending that makes it different from other similar strategies.

Ms Allison describes her role as ‘bringing together those interested in advancing JR in Australia’ – including academics, key NGOs, and community members keen to see justice system and social reform.
“JR is growing all the time. It’s about changing the way things work in and outside of the justice system to deliver better outcomes for local communities. And it’s good to have a group such as Justice Reinvestment Network Australia (JRNA)within which to share ideas to achieve this. We work on policy reform too, advocating for funding to set up a national JR body to coordinate work in this area. While JR is all about communities working things out on the ground, it would be great to have an overarching body like this,” she said.

Ms Allison said JR was an approach that might be implemented by the community in the Clarence Valley.

“JR has great potential. Often people are really interested. They think it makes a lot of sense and it also now has a good track record in enacting change in various parts of Australia. But it’s taking that next step. Communities think they need a big bag of money for JR, but work can start without funding. Having local leaders or champions of JR who will get things moving, start conversations about JR, will assist with this,” she said.

Ms Allison said that given the massive investment of resources into penal responses in Grafton to what are effectively issue of social disadvantage, it would make sense to get JR up and running in the community alongside the jail. But only if the community is wanting to work with the framework.

“JR is about diversion but it is more than this. It also involves more than one organisation or one program. It involves collective action, and must also have a strong level of community buy in because it’s a place-based, community driven movement. This is an essential component of its effectiveness.”

Part of the JR approach is to reclaim data that is often gathered from a community (by government in particular) and then not fed back to community members.
“Through JR we access this data and pass it back to community to inform decision-making by the community. This is a powerful way for a community to empower itself and in the case of an Indigenous community, to get onto the path of self-determination.”

Ms Allison said she’d be happy to address a community meeting in the Clarence Valley to talk about the JR approach if there was sufficient interest. She is also working alongside GPs sitting on the Primary Health Network’s Clinical Council as they approach Serco and Justice Health for more information on what health services will be offered at CCC and how they will be run.