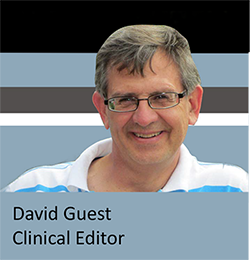 Civilisation has come a long way in 5,000 years. The English philosopher Thomas Hobbes described the natural state of man as “solitary, poor, nasty, brutish and short”. He argued that this could be addressed by ceding one’s liberty to the Crown in exchange for an enjoyment of the benefits that society brings. An individual’s basic needs for food, shelter and clothing would thus be met.

Times have changed. More recently economists have argued that sanitation, education, healthcare and the internet be added to the list. That’s progress, but on the North Coast many of us will have patients living below the new poverty line.

With an expanded list of wants and needs the government is faced with the dilemma of finding the ways and means to fulfill them. Since wants are endless this is an impossible task.

The best the government can do is prioritise the needs and find the most efficient way to deliver the services. In totalitarian states the party determines the activities, in democracies every few years the electorate can choose from two or more alternative paths.

While many regard this as an improvement it does not address the problem of the tyranny of the majority. In pluralistic societies like America and Australia the majority of the electorate will vote, perhaps manipulated by media old and new, in their own self interest. While this is rational for the individual it raises problems such as degradation of the environment for future generations and tax laws that see the transfer of wealth from the young to the old.

So how best can the government address the wants and needs of the Australian public?

The last 30 years has seen a progressive withdrawal of the government providing services directly to the public. Many previously public services at both the State and Federal level are now “contracted out” to private companies.

Contracting for human services can be a difficult task and one that has exercised the minds of bureaucrats since the early 80s. Professor Gary Sturgess has examined the issue from both sides of the negotiating table. On page 19 we review his paper, Just Another Paperclip, on the history of contracting; its failures and successes.

On page 21, Beyond Paper Clips, we look into some of the recent government reports on commissioning in aged care and mental health. Neglect, the interim report on the Royal Commission into Aged Care Quality and Safety, was not complimentary about the current system. The final report is out later this year and will have specific recommendations about ways to improve the system.

Serco, the large multinational services company, has contracts with a number of governments around the world for human services. The controversial company has had a presence in Australia for 30 years. On page 6 former HealthSpeak editor, Janet Grist, writes about the new Clarence Correctional Centre due to open near Grafton within the next four months. What might this entail for the local area? A recent forum in Grafton raised concerns about the 400 Aboriginal men and women to be incarcerated there and what this will mean for their families. Panelist, Professor Judy Atkinson, has looked into prisoner care elsewhere in Australia and has some suggestions for the Grafton Community.

On page 9 Dr Andrew Binns addresses the issue of the medical care of prisoners. Not surprisingly prisoners in NSW have high levels of chronic infectious disease and mental health problems. Dr Binns works at the Balund-a correctional rehabilitation service for Aboriginal patients south of Tabulam. Medical care in the new Grafton jail is part of the contract with Serco and will be provided by their doctors and nurses. Dr Binns is particularly concerned about the transfer of medical care of Aboriginal patients on leaving jail. The current system from NSW Justice is abysmal and it is unclear whether it will improve under Serco.

Australia’s incarceration rate has risen 50 percent in the last 20 years. Rather than building more prisons there have been calls for smarter strategies. North Coast local, Fiona Allison, is Chair of the Justice Reinvestment Network that argues some of the current funding be reassigned to communities with high rates of imprisonment and reincarceration. Part of the JR approach is to collect data from the community and government to examine how effective the current programs are. As the American juror Louis Brandies noted over a hundred years ago, “Publicity is justly commended as a remedy for social and industrial diseases. Sunlight is said to be the best of disinfectants; electric light the most efficient policeman.” Fiona Allison is also keen to work with the Grafton community on JR initiatives.

The quality of government contracts comes under considerable strain in times of government austerity. The cheapest tender beats the best value bid. Services are restricted and cut back.

North Coast general practitioners will be aware of the frustrations and delays patients have in accessing local public hospital surgical services. Lists are restricted and the delays can have adverse consequences for patients. GPs’ inboxes fill up with notifications of pending operations and procedures rather than definitive reports with recommendations for future management. Requests for Admission are rejected by the hospital in the hope of keeping their statistics on target. It’s a whole new take on buffing the chart.

On page 29 we report on Dr Howard Hope’s attempt to solve some of these problems. Possible solutions are in the offing but it is a work in progress.

When there are problems in government programs the response is often to hold a Royal Commission that can make recommendations for possible solutions. Sometimes the recommendations are too costly or unacceptable for political reasons. The recently released partial government response to the Special Commission of Inquiry into the Drug ‘Ice’ is no exception to the latter, as GPSpeak editor Robin Osborne reports on page 25.

Another alternative for the government in dealing with expensive outcomes is to introduce new regulations. Several years ago the Department of Health disallowed the co-claiming of mental health items with standard consultations and only permitted variation in exceptional circumstances. In January this year the Department sent letters to GPs who deviated statistically from the norm with high rates of co-claiming.

The Department, through the Prime Minister’s Behavioural Economics and Research Team (BERT), is helping GPs achieve compliance with these new Medicare regulations. Assisting deviants become compliant is only one of the facilities BERT offers. GPSpeak will address “nudge health economics” in a future issue.

On a brighter note on page 10 Rachel Guest speaks with Clinton Schultz, a Gamilaroi man and the force behind Sobah, the most boutique of boutique zero-alcohol beers. Australian alcohol consumption has decreased by one percent per year over the last 10 years and this trend is higher in young adults. Hipster beer has been part of this trend but Clinton is on the cutting edge by combining native Australian bush flavours in a zero-alcohol beer. Young men and women are becoming more concerned about their health and are choosing to reduce their alcohol consumption. As Scott Galloway, raconteur and Professor of Marketing at New York University, has noted when plugging advertisers in his biweekly podcast, Pivot, “Nothing makes you look sexier to the other party goers at the end of the night than ATHLETIC BREWING.” (America’s leading no-alcohol beer).

Mankind has made huge progress in the last 5,000 years. We have never lived longer, been healthier or wealthier. We hope to continue this trend into the next generation. There are challenges but working on smart solutions is the best option and something to which we can all contribute.