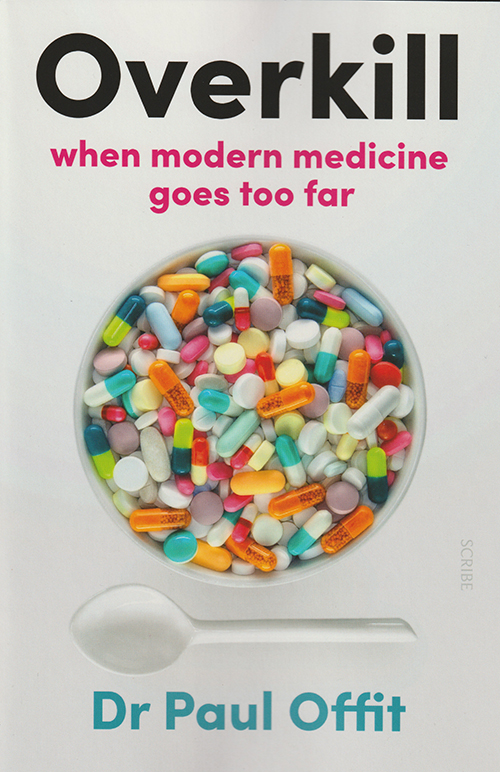 Dr Offit kicks off with a counter narrative, a therapy that does work but was long ignored. In 1747, prompted by the devastating impact of scurvy on Britain’s sailors, a young Scottish surgeon named James Lind conducted what many now consider to be the first clinical study. He split twelve sailors into six groups of two men, offering each group a different ‘remedy’: bad luck for those who had to ingest 25 drops of sulphuric acid thrice daily, much better for those consuming two lemons and an orange.

Lind’s results were not published for six years, and even then no one heeded his findings, despite a further 18,500 British sailors dying from scurvy, more than were killed in battle, as the author notes.

Why was his milestone work ignored?

“Surely, when confronted with clear, unambiguous evidence that a treatment works or doesn’t work, we embrace the findings,” Dr Offit writes.

“In the pages that follow, I will describe situations in which clinicians have ignored a wealth of evidence and continued to prescribe medicines, or perform surgeries, or promote cancer screening programs, that have been shown to do more harm than good.”

Delivered a hammer blow are the notion of attempting to treat fever, supplemental antioxidants, the prescribing of testosterone, avoiding allergenic food for infants, prostate, thyroid and to an extent breast cancer screenings, heart stents and surgery (and acupuncture) for knee arthritis.

Finally, he circles back to vitamin C, with a chapter explaining how research shows it neither treats nor prevent colds, despite its glowing endorsement last century by Nobel Prize winner Linus Pauling who at one point was taking 18,000 mg per day - all for nothing as it turned out - and massive sales to this day.

The rhinovirus (literally, “nose virus”) is “easy to spread… primarily by sneezing, coughing, or even talking… also by shaking hands or by touching a doorknob or an ATM machine or any other surface that an infected person recently touched.”

Noting that infinite remedies have been tried against the common cold, including cough suppressants, pain and fever medicines, eucalyptus oil and echinacea, Dr Offit notes, “As a general rule, when so many different medicines are claimed to work, none of them probably does.”

In fact, the most effective remedy has been found to be heat: “Rhinoviruses survive better at the colder temperatures found in the nose… than at core body temperatures… as it turns out, after all these years, a treatment for the common cold that offers some benefit has been right under our nose.”

If only treating COVID-19 was as simple as a steaming inhalation.