Poor asthma control is common, and increases the risk of flare ups requiring oral corticosteroids, hospitalisation or emergency department (ED) visits. Asthma is managed at 5% of GP encounters with children and 2% with adults, with a significant percentage of these encounters being due to emergency appointments relating to flare ups and poor asthma control. Deaths from asthma remain high in Australia compared with many other countries.

NPS Medicinewise in partnership with North Coast Medicare Local has launched a new educational program for health professionals titled “Exploring inhaled medicines use and asthma control. The program focuses on changes to the asthma guidelines from the Australian Asthma Handbook (AAH) updated in April 2014. You can order a free copy of the Quick Reference Guide from the National Asthma Council 03-99294333 or view the handbook online.

In a reversal of the self-destructive rock ‘n roll adage of “live fast, die young and have a good looking corpse”, the modern medical system is focused on encouraging us to live wisely and assisting us to progress into late age, now longer than ever in human history. The new mantra might be “live long, die fast but still have a good looking corpse”.

The emphasis on longevity is combined with the almost universal hope that we can also enjoy our later years, free of both pain and chronic illness. While doctors may speak of maximising quality adjusted life years ( QALYs) epidemiological terminology never has the same "cut through".  The effects of alcohol and smoking on lung and heart disease are well known, but these key lifestyle factors, along with poor diet and inactivity, are the preventable causes of one third of cancer deaths.

In this issue of GPSpeak, Jasmin Ritchie of Embrace Exercise reminds us that 20 per cent of coronary heart disease world wide has been attributed to physical inactivity. Cardiac and pulmonary rehabilitation services have contributed significantly to restoring patients' confidence to manage at home after a period of hospitalisation. However, social isolation and depression can contribute to a failure to maintain an exercise program and a downward spiral in the patient's health leading to worsening disability and death. Regular review of an exercise program, particularly if it can be linked to a group exercise program, appears to have a beneficial effect on keeping people in the community and healthy. 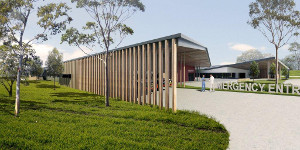