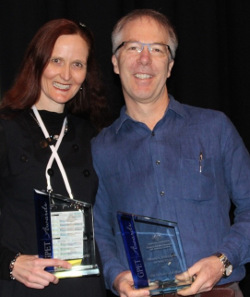 Ballina based Dr Yates was acknowledged for her work training the next generation of doctors for the Northern Rivers Region.

In addition to her work for NCGPT, she works for MDA National (designing and delivering medico-legal education), the Royal College of General Practitioners (as an educator and examiner) and as a medical writer (columnist, novelist and playwright). She also plays violin, piano, and sings. 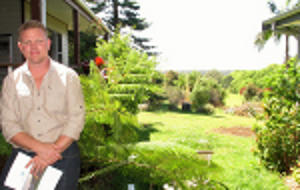 However, Nungkari (the word means an Indigenous traditional healer) can be described more simply as a touch of paradise in the Byron Bay hinterland where a clinical team can draw on the environment to assist the recovery and sustainable wellbeing of their patients/clients.

Although situated in a quiet setting with million-dollar views, the purpose-built treatment centre, whose doors open on 9 October, is not aimed at rich celebrities seeking a luxury detox, according to clinical director David Godden. 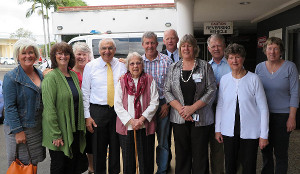 Construction work on the new Bonalbo Multi Purpose Service (MPS) is set to begin in mid-2015, the state Member for Lismore Thomas George announced on 24 September 2014.

Estimated at more than $15 million, the project is funded out of the NSW Government’s Multi Purpose Service stage five program and will fill service gaps that have existed in the inland town for some years.

The announcement follows the recent commencement of GP Dr Sunil Sunil, hailing from India via NZ and Coonamble, NSW who has taken took up residence, and practice, in the town.

Dr Sunil fills the large – and long-lasting – shoes of Dr Trevor Tierney who served the community for some 30 years until retirement in 2011. Locums filled the gap after he left, with Dr Kate Ealing in residence for the past year.

Health spending found to have slowed

In an age of rising obesity and mounting chronic disease, we believe Australians are becoming less healthy, making the national health budget blow out as fast as people’s waistlines.

But one set of statistics suggests otherwise: in 2012-13, the latest period surveyed, estimated spending per person on health averaged $6,430, some $17 less per person than in the previous year http://www.aihw.gov.au/publication-detail/?id=60129548871

The new report from the Australian Institute of Health and Welfare (AIHW), 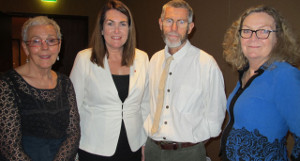