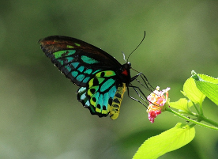 Nordocs magazine is a publication of the Northern Rivers Medical Network, a support organisation for the doctors of the Far North Coast of NSW, Australia.

Nordocs magazine is published quarterly at the start of each season. Articles are published to the web on a continual basis. Newsletter containing the latest articles are sent to subscribers once or twice monthly.

It lost its government funding in April 2012, as part of then Labor government's shift from Divisions of General Practice to Medicare Locals, which it turn became Primary Health Networks in 2016 under a Coalition government.

The NRGPN covered an area from Ocean Shores in the north, to Maclean in the south and from the coast westward to the foothills of the Great Dividing Range. There were approximately 200 members including active and retired doctors and doctors in training.

The NRGPN pivoted in December 2019 to become the Northern Rivers Medical Network, comprising all doctors living or working in its new footprint from the Queensland border to Grafton.

GPSpeak was the forerunner of Nordocs magazine but changed its masthead in August 2020.

The Nordocs network has links with the North Coast Primary Health Network and the Northern NSW Local Health District and works with other local organisations involved in medical education such as the Richmond Valley Clinical Society and CAPE Institute.

The registered offices are: