“The biggest thing in our lifetime” 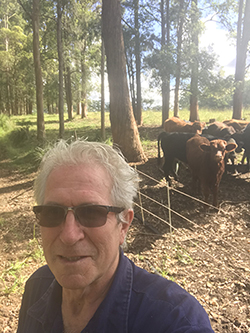 A self-described “farm boy at heart”, Paul Corben gazed out at the cows in the paddock of his property near Port Macquarie, on the NSW mid north coast. Like most people during the height of the COVID-19 lockdown he was working from home, but the Director of North Coast Public Health was anything but under-utilised, not least because he was not long back from a period of extended leave.
“I began leave last November and by the time I returned at the end of March it seemed the whole world had changed,” Mr Corben told GP Speak.
“There has been nothing on the scale of this COVID-19 outbreak in the past century. For the public health network in NSW and Australia more widely this is the biggest thing in our lifetime.
“The fact is that we can’t lock the world down on a scale for COVID-19 to burn itself out, especially as we have relatively little idea of what’s happening in, say, Africa, or even as close to home as PNG.”
He continued, “Another challenge is that the information we have about this novel microbe is changing weekly, sometimes even daily… initially we were assuming that spreaders would be symptomatic, then we discovered the risks of asymptomatic transmission, and next the possibility of pre-symptomatic transmission.

Read more: “The biggest thing in our lifetime” 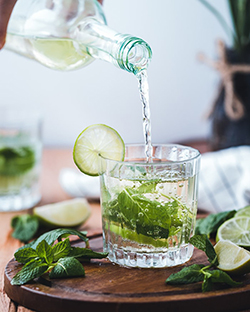 On 27 April 2020, The Guardian reported that, “Across Australia, the COVID-19 crisis has prompted a seismic reckoning in addiction medicine”. Sensationalist headline or an accurate reflection of the impact of COVID-19 restrictions on substance use?
Jokes abound on social media about increased alcohol consumption, home schooling forcing “the teachers” to drink; 9.00 am ‘happy hours’ and the advent of the quarantine cocktail aptly named “The Quarantini”. While the jesting nature of these memes can incite a giggle, an epidemic of arguably equal force to COVID is continuing to brew. I say continuing, because these problems existed in our homes long before COVID. Social distancing and isolation measures have exacerbated an already existing epidemic.
As the restrictions placed on the community unfold, the potential for harms associated with alcohol and other drugs is increased. In the wake of other mass traumas, such as natural disasters (including the recent bushfires) we have observed an overall increase in substance use. In addition to the effect that the lockdown has had on the overall population, individual stressors such as loss of employment, home schooling, caring for vulnerable people and even just the mere uncertainty and lack of control over the situation is placing people under stress. 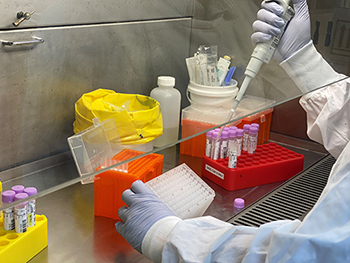 In late July NSW Health Pathology’s Lismore laboratory geared up for any possible upsurge in demand for COVID-19 testing, having already exceeded 20,000 tests on patient samples collected at public hospitals and mobile clinics between Tweed Heads and Grafton, and along the coast.

In late July Glenn Hawkins, the lab’s Manager of Microbiology, said, “Our laboratory is currently averaging around 300 diagnostic COVID-19 tests per day, however we have the capacity to test up to 400, if needed.

Ethical Investing in a post-COVID-19 world 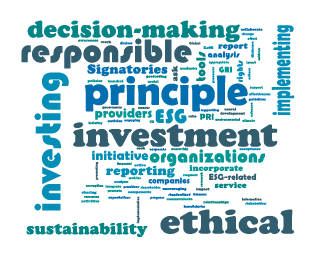 Ethical investing, also known as Socially Responsible Investing, corresponds to a type of investment strategy which balances both financial return and social/environmental good to bring about a positive change.
Socially responsible investing (SRI) is said to have been originated by the Quakers spiritual group in 1758, when the Quaker Philadelphia Yearly Meeting prohibited members from participating in the slave trade going on in America at the time. Spiritual and religious institutions have since then been the pioneer proponents of social investing.
John Wesley one of the founders of Methodism, made a sermon entitled “The Use of Money” (1770) where in a certain way he pointed out the key elements of social investing i.e. not to harm your neighbour through your business practices and to avoid industries like tanning and chemical production, which can harm the health of workers.

Alcohol to get clearer pregnancy warnings – in three years

By a narrow vote of 6-4, after nearly a decade of kicking the can (and the bottles) down the road, Australasia’s food safety ministers have decreed that a prominent and direct warning of the risks of consuming alcohol during pregnancy must be placed on all alcohol products.

However, the requirement will not come into force until 2023, by which time many Australian women will have consumed alcohol during their pregnancy, unaware of the irreversible damage to their unborn babies from Foetal Alcohol Spectrum Disorder (FASD).

A notable opponent of the health measure, which is based on a long-standing recommendation of Food Standards Australia New Zealand, was the federal Food Minister Sen. Richard Colbeck (Libs, Tas) who chairs the ministerial forum that met on 17 July. A decision on the issue had been deferred from previous meetings, the main sticking point being the use, or not, of red ink to highlight the danger presented by alcohol to the unborn.